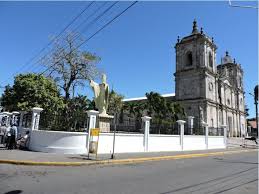 Jinotepe is the departmental capital of Carazo and, therefore, administrative heart of the same.

Head of one of the most fruitful departments of the country, with a rich coffee and livestock region, it is noted as a prosperous city and center of reference of the area.

Like all the cities of Nicaragua, it has a nice Central Park with an important church nearby, which is very picturesque and, although it is a little degraded on the outside, it is worth visiting.

The city, which is emerging as one of the emerging tourist places of the country, has several lodges and hotels, as well as restaurants and dining rooms where you can taste the typical Nicaraguan dishes.

The municipality possesses two beaches that are recreational center of the people of the zone in the summer, the Beach of Huehuete and the Beach of Tupilapa. Both are easily accessible and ready for the reception of tourists.

Although most of the buildings on the beach are summer homes for the inhabitants of Carazo, the first accommodations and restaurants that offer a good service to visitors begin to appear.

The city is very quiet and is built neatly, its streets are peaceful and you can walk without worries in them. At night there are some areas with bars, pubs and nightclubs where they have parties and you can have refreshments at comfortable prices. Most of them are mostly frequented by the university environment of the city, because this is the headquarters of important universities at the national level. 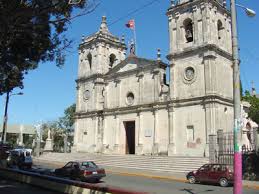 Jinotepe is also visited for its proximity to the well-known Hertylandia amusement park, the country's largest amusement park located in the nearby municipality of San Marcos.

If you want to visit the city during the traditional festivals of Jinotepe, you must do it on July 25, by Santiago Apostle.

HOW TO GET TO JINOTEPE:

Located just 45 km from Managua, it is easy to reach, as it is on the Pan-American Highway. From Managua take the south highway and follow it for 45km, after passing through Diriamba, you will arrive without loss to Jinotepe.

If you want to arrive by bus from Managua, you can take the ones from the Israel Lewittes Market or those that leave the stop located in front of the UCA. From the cities of Granada, Masaya, Rivas and Diriamba also frequent buses to Jinotepe.