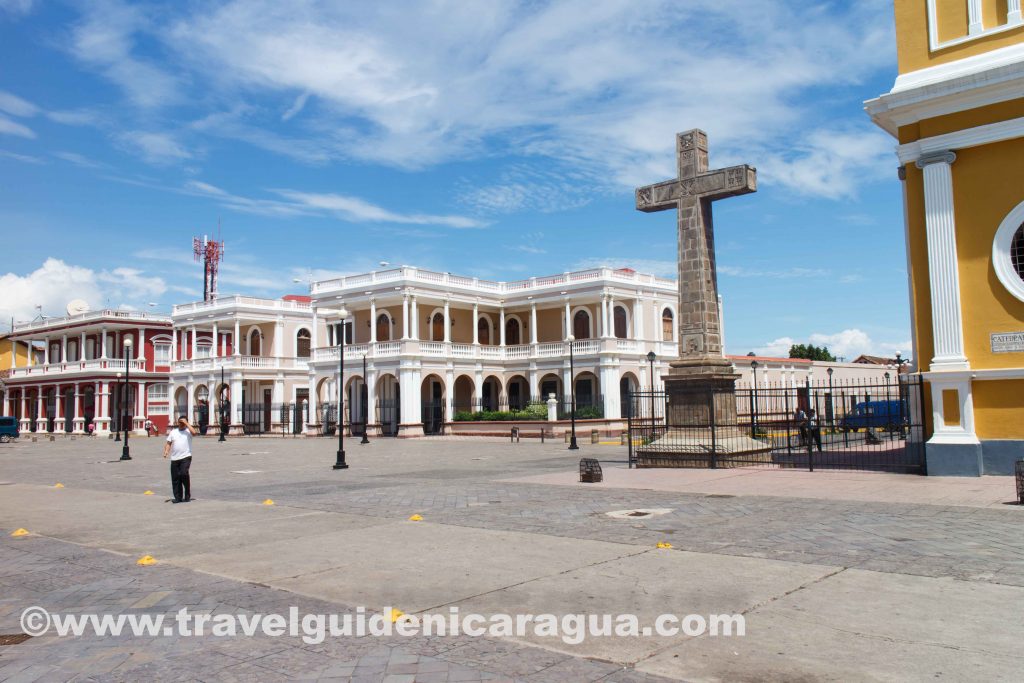 The department of Granada is the one that receives more tourism from all over the country and one of the major tourist attractions of Nicaragua. This is not a coincidence, is that Granada has it all:

The city of Granada, which has the honor of being the oldest in the country A great coastline on the shores of Lake Cocibolca, a beautiful islands to visit, a volcano / nature reserve that is great to visit and to know. The maximum expression of the colonial architecture of Nicaragua and one of the most important of the continent.

The department of Granada is formed by the municipalities of Diriá, ﻿﻿Diromo﻿﻿, Nandaime and its head, the City of Granada.

In the department are also the so-called "white villages" that are very interesting to know, Diriomo and Diriá.

Diriomo is popularly known as "El pueblo de los Brujos" and is a peasant village located near the base of the Mombacho Volcano. The Jewel of the place is the famous parish temple built with pure stones moved by the natives in the time of the colonization. Inside you can admire religious relics and spectacular frescoes on its walls.

Nandaime, is the second municipality in importance of the department of Granada, the name is of origin Chorotega and comes from "nanda-ime" that means "arroyo-abundancia". Besides having part of the shore of Lake Cocibolca, is located near three important Natural Reserves.

The department is located south of ﻿Managua﻿, just after Masaya. And its strategic location, connected to the main roads of Nicaragua, helps to remain in the first places of tourist interest, turning it into a privileged place from where you can know much of Nicaragua.

Much of Lake Cocibolca, the largest in Nicaragua and Central America, belongs to the department of Granada. The departmental capital city is connected through the port with the i﻿﻿sland of Ometepe﻿﻿.

In the lake you can also visit Zapatera Island, an archipelago located to the east of Granada, in Lake Cocibolca that shows remains of rock art that evidence the rich pre-Columbian culture of the area. It is actually a group of islands formed by an old dormant volcano.

Touristically it has not been very exploited, so the place is almost virgin and nature is very generous and abundant.

Must visit in Granada City are the Islets of Granada. The Isletas are an archipelago made up of 365 islets, of volcanic origin, irrigated on the banks of the lake by an old eruption of the near Mombacho Volcano.

Some of the islands are inhabited by locals who have been inhabiting them for years, it accounts for a community of about 1200 people living on the islands, most of them fishing.

It is very worth the visit to the islets since the biodiversity of the same is very high, in them they nest several types of birds of the zone and in some even monkeys, which feed mainly of the fruits that they bring the tourists to them and People.

The natural reserve of Volcán Mombacho allows us to know the fauna and flora of the area. The extinct volcano has its own climate with a tropical forest of nebliselva that is very refreshing, in the place, that is totally prepared for tourists, you can sleep and eat, as well as make night routes, highly recommended.

The City of Granada:

Popularly called "La Gran Sultana", it is the departmental capital and one of the most important cities of Nicaragua.

The City of Granada was founded in the same place where it is currently located in 1524 by the Spanish conqueror Francisco Hernández de Córdoba. Known as the "Gran Sultana", the city of Granada is one of the first cities in the entire continent and has maintained its colonial essence.

In 1856 it was set on fire by the American Fulibusteros and was later restored. Because of its strategic position, located on the shores of Lake Cocibolca, it was fundamental in the development of the colonial era of the continent and acquired great importance and notoriety, which also led to it being repeatedly looted by pirate attacks.

In the history of Republican Nicaragua, Granada always had a great rivalry with the city of Leon, both wanted to bear the title of capital of the country, fact that led to several internal warlike conflicts during the nineteenth century. It was also the place where the North American filibuster William Walker proclaimed President of Nicaragua, but later decided to burn down the entire city when it lost the power in 1856.

Touring its streets, admiring its colonial buildings, seeing the cathedral or strolling through the central park, goes back to an earlier period and brings us closer to knowing more about continental history.

In the park visitors can taste some of the richest typical foods of the country, as well as buy handicrafts in one of the points of sale. Highly recommended to get to know the city in an original way is to take a ride in one of the horse carriages.

At the end of Calle de la calzada, the most famous of the city and where most of the nightlife is concentrated, you will find the Malecón, where you can take a boat to get to know the islets of Granada, one of the biggest attractions from the Department.

In the center is also the old Church of La Merced, with its old blackened facade by the passage of time, is one of the most notable baroque buildings in Nicaragua that can be visited. In the surroundings there are cozy businesses dedicated to the hotel business. In the church of La Merced you can climb the bell tower, where you can take photos and panoramics of the city that are very worthwhile.

Following the same street, a little further up, is the colorful Xalteva church, whose name comes from the indigenous neighborhood that was located in the current anchorage. The church was used as a military fort on several occasions and was rebuilt after it was damaged by a strong earthquake.

The San Francisco Convent, located on Cervantes Street, is currently a museum and cultural center which houses an exquisite collection of pre-Columbian art that goes back to know how lived the indigenous settlers of the area. In addition to having traveling exhibitions.

Since 2005, the International Poetry Festival has been held every year, where great artists of international renown come to the event and take part in the second week of February.

During the month of March the Festival of Gastronomy and folklore is celebrated.

The vigorón, is a typical popular food, known and appreciated throughout the country. There are several cities that are attributed its authorship but it is recognized nationally as the authentic one. You can eat a vigorón in the Central Park, the market or in some of the varied food stalls of the city.

The festivities of Granada

The festivities are from 14 to 21 August in honor of the Virgin of the Assumption.

They are celebrated for the great also the Holy Week, where is made a great Via Crucis, Christmas and the end of year. During these dates, it is filled with visitors both foreign and domestic. So if you want to stay in the Gran Sultana, we recommend you book your room in advance. It is easy that during these dates, the price of hotel services rises considerably.

There is a lot of offer and in the city you will find some of the best hotels in Nicaragua. You can safely visit and book the Granada Hotels that we recommend for our guide.

Eating is one of the greatest pleasures of life and especially when traveling. The offer of restaurants and dining rooms is varied and very wide. In the city there are many restaurants of international and national food for all budgets. You can find the best selection of Restaurants in Granada in our directory.

How to get to Granada:

By bus from ﻿Managua ﻿you can do it in the station located in front of the ﻿﻿﻿UCA ﻿﻿﻿with direction to Granada or to Nandaime, as well as from the ﻿﻿Market Roberto Huembes﻿﻿. You can check the bus schedules by calling your contact phone number.

To arrive by car from Managua you must take the road to Masaya leaving the city behind. Another way is through Masaya to the Roundabout of Las Flores, where you must take the exit on the right - it is properly signposted -, later you will pass through the city of Catarina, you only have to continue until the city of Granada.