when the municipality of el cua

El Cuá is the most recently formed municipality. In 1989 it was founded as El Cuá-Bocay, until in 2002 by general decree, these two municipalities were separated administratively and the municipality of Cuá was formed. It is located 208 kilometers from the capital, Managua.

Cuá (kuah) in the language juice means turtle, and today it is still possible to find turtles in the territory of this municipality. The main economical activity is agriculture.

History of the cua

The region where El Cuá is located was the scene of strong confrontations and is marked by the war of the seventies and eighties. The vast majority of its population belong to the Sumo, Miskito, Zambos and Mulatos indigenous populations.

Of an exuberant nature and with a great amount of rivers in the territory of the Cuá we find the Natural Reserve of Peñas Blancas and Cerro Kilambé Nature Reserve, both part of the Bosawás Biosphere Reserve. 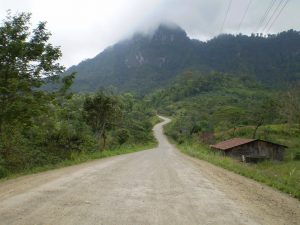