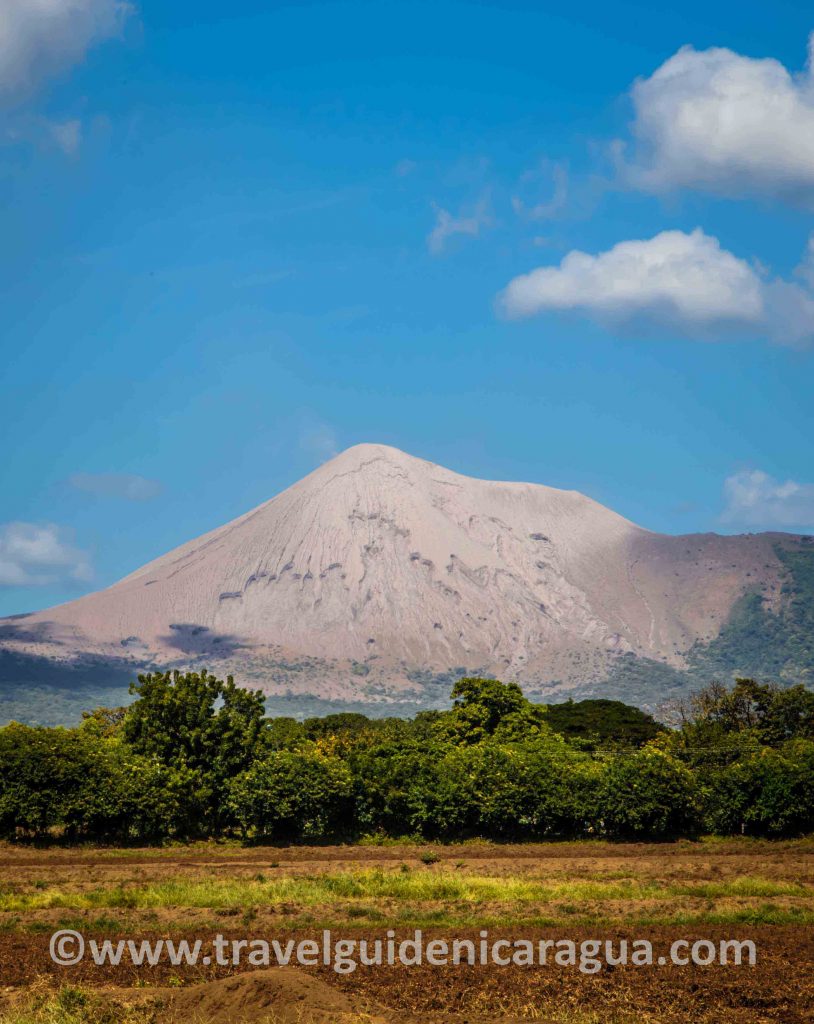 The municipality of Telica is located between León and Chinandega, in the junction that connects the road that comes from San Isidro in the direction of Leon / Chinandega.

It is a quiet town that lives in the shade of the two large cities that are nearby. It is built on an old indigenous settlement and the current town dates from the 16th century.

Without much tourist attraction, beyond a colonial church to which a bell tower was added, Telica is famous for having been the birthplace of Miguel de Larreynaga, in 1722, national hero and hero of Nicaragua's independence.

The municipality is located within the Cordillera de Los Maribios and besides a river that bears the same name, there is the well-known Telica Volcano and the famous San Jacinto Hervideros.

The volcano Telica is a volcano that is currently active and from a distance it is smoky, although the last eruption dates back to 1948, it should not be forgotten that frequent seismic activities in the area can cause another eruption. The tour to the top of the volcano is long, but not of great difficulty. Going up and down the volcano can take you all day, although it is very worth it since it is a unique experience.

I remember that it is recommended to hire the services of a guide and bring enough water, sunscreen and energy food. There are local guides and also tour operators with offices in the city of Leon that also organize tours to this volcano. Night tours are also available.

Belonging to the municipality of Telica, is the most interesting tourist attraction of the town. Located a few kilometers from the urban center, the San Jacinto Hervideros represent a curious natural phenomenon.

Connected to the volcanic chain of the Telica, the boils form a considerable extension of fumaroles with small craters and vents of sulfuric acid. The site soil is quite hot and in the craters the sludge is continuously bubbling.

The area has been explored several times as a potential source of energy production through the recovery of thermal energy from the volcanic chain and even the first steps have been developed for the creation of a power plant.

Visiting the hervideros has a symbolic cost that must be paid when entering them, also also must respect the visiting schedule that is from 7am to 5pm.

HOW TO GET to Telica

Getting to Telica is simple, it can be done by two different sites. From the road from San Isidro to León, or from the road from León to Chinandega. Buses that go to the city can stop at Telica if the driver is requested.