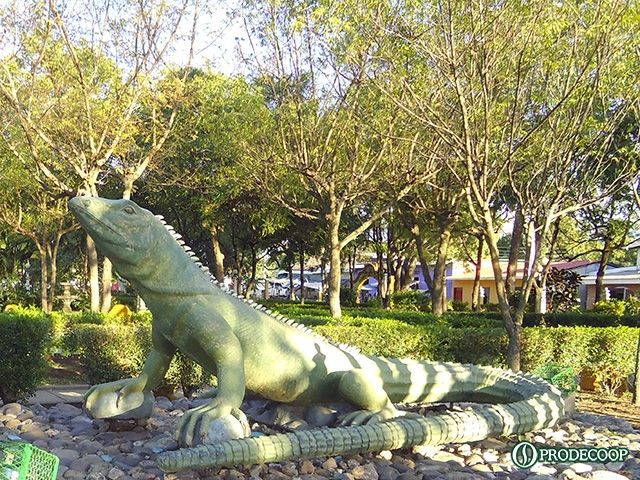 Quick Navigation
Palacagüina
The municipality of Palacagüina is located
Tourism potential
History
14 May hike
HOW TO GET PALACAGÜINA?

Globally known for the famous song by Carlos Mejía Godoy and those of Palacagüina, this city is one of the secret charms of Nicaragua.

The municipality of Palacagüina is located 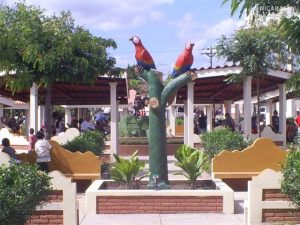 Palacagüina means in Chorotegano-Mexican language "Peoples of the skirts of the hill".

This municipality is beginning to exploit its tourism potential, due among other reasons that is experiencing a major economic boom.

In Palacagüina you can know the daily life of the Nicaraguan people of the north and enjoy the local gastronomy in the many restaurants and dining rooms of the town at a very good price. Or take advantage to rest in the newly opened lodges and hotels.

In the town center you can visit the Church María Reyna, one of the oldest in Nicaragua and Central America, in one of its rustic wooden beams is engraved in 1552. Although over the years have had to carry out rehabilitations This church has not lost the charm of the colonial style and inside it is a diversity of images and sacred objects that date from different times. 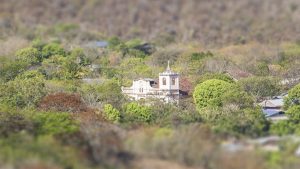 After visiting the church, it is necessary to take a walk through the municipal park, where you can enjoy the panoramic views of the city from its viewpoint guarded by the figure of General Miguel Ángel Ortez, fallen in combat in this municipality. We can also pose for a nice photograph next to a statue of an iguana of considerable size.

If we talk about iguanas we can not forget to visit the famous Cerro de la Iguana, which transcended the boundaries of the municipality and the country thanks to the song "Palacagüina Christ" the Nicaraguan songwriter Carlos Mejia Godoy and Palacaguina. You can climb the hill of the Iguana from the community of Malaladera, at the exit towards Telpaneca and enjoy the views of the surrounding area of ​​the city. 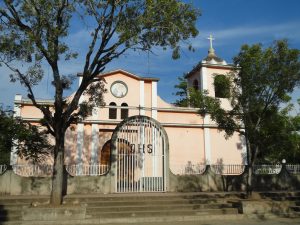 An excursion to realize in a day that the sun does not warm in excess, is to climb to the Stone of Sapo, located to 4 kilometers of the municipality.

Leaving Telpaneca on the paved road you will find a dirt road on the right hand side that goes to the community of Cusmají. Stone toad is in the Cerro Sua where a monument to General Miguel Ángel Ortez at the same point where it was buried in 1931.

Every year on May 14 hike is from the town towards the stone was erected Toad where a commemorative act and an offering of flowers to the General is realized.

You can visit the community of Riito, near the town, where they have found a number of pieces from the pre-Columbian era exposed mostly in the Municipal Museum located in the park.

Also in the town you can enjoy a swim in the Rio Grande, located just 2 km away, in a well known pool named Hornito. 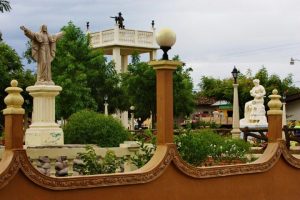 The celebrations of Palacagüina are celebrated on August 22, in honor of the virgin of the Assumption, where cultural and religious activities are carried out.

Palacagüina is undoubtedly a recommended place if you want to know the life of Nicaraguans and their traditions, healthy and quiet place where you can walk through its streets and talk with its people or have fun in one of its bars.

Palacagüina has two entrances duly marked on the Pan American Highway. One coming from the South, in the so-called "Shell of Palacagüina", where you have to turn right. The other one, located about 3km north on the same road, is located to enter the city if you are coming from the North in a southerly direction and should be turned to the left.

If you want to go by bus from Managua, you can take any bus that goes to Ocotal, Somoto or Jalapa. They all leave the El Mayoreo bus stop and have continuous departure. The trip takes about three and a half hours and the ticket costs 90 pesos (about $ 3.3)

Also, from Estelí, Somoto or Ocotal has good communications by bus from any of its terminals.