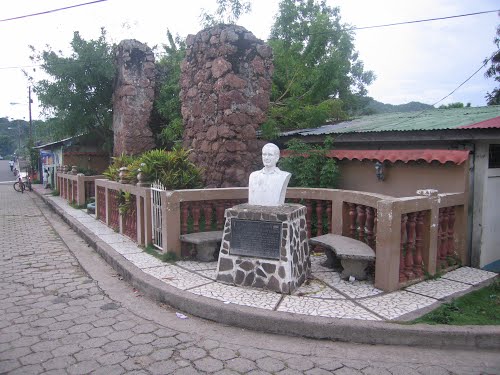 The small town of Yalagüina offers a peaceful rest point for travelers. 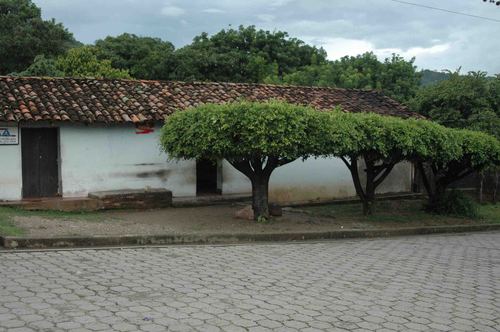 The municipality has a tropical savannah climate and temperatures range from 23º to 24º.

It was founded in 1725 and in 1935 American troops destroyed the old town center.

Yalagüina has an economy based on subsistence farming and is one of the poorest municipalities in the department.

The entrance to the municipality is very visible from the road by its colorful arch that is guarded by two enormous Indians, in honor of the natives of the zone. 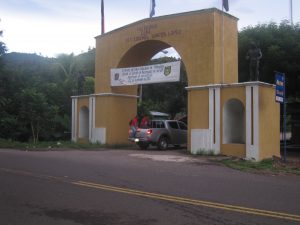 In the urban center of Yalagüina you can visit its historical center, visit the ruins of the colonial church that was built in the same year that the city was founded and destroyed by American troops in 1935.

Colonel Santos López, renowned National Hero and historical fighter of Sandino's troops and later founder of the Sandinista National Liberation Front, was born in the city of Yalagüina in 1914. In his honor and memory was built a Mausoleum located in the center Historic building next to the ruins of the colonial church.

Definitely one of the places that you can not miss if you are in Yalagüina are its famous donuts. There you will be able to observe closely all the process of artisan elaboration following the ancestral traditions of this product based on maize. There are many places that are dedicated to this activity in a traditional way both in the urban area and in some of their communities that are on the Pan-American.

The festivities of Yalagüina are in honor to the patron saint "Virgin of Santa Ana" and are celebrated in the 26 of July.

If you travel with your own vehicle from Managua you have to go to the exit north towards Estelí-Somoto-Ocotal, on the Pan-American highway.

If you travel by public transport, you have to take a bus from the bus terminal of the Mayoreo. You can take a bus that travels to Somoto or Ocotal or Jalapa, since any of them passes through the municipality of Yalagüina. We recommend that you travel in an express as it is less dilated than a routed bus. The trip takes approximately 3 hours and 45 minutes and costs 100 córdobas (approximately $ 4).