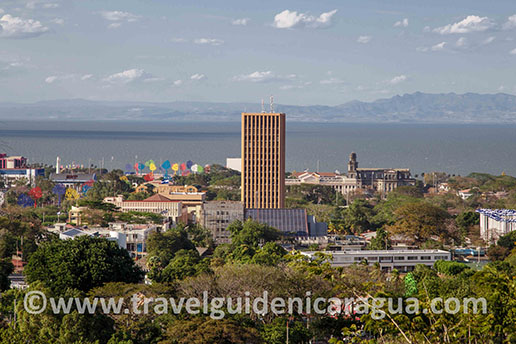 The Department of Managua:

The department of Managua is much more than just a city and has much to offer visitors. Besides being the most populous department of the country, it is one of the most varied, as well as having the capital city, it has much of Lake Managua and reaches the Pacific, with several of its beaches to enjoy.

The department is formed by 9 municipalities, many of them very populated; Being the most important the city of Managua, followed by Ciudad Sandino, El crucero, Mateare, San Francisco Libre, San Rafael del Sur, Ticuantepe, Tipitapa and Villa Carlos Fonseca (Villa el Carmen).

As in the whole country, the department has great natural attractions. In addition to the beaches of Pochomil, Masachapa, Montelimar, San Diego or Los Cajones, All located on the Pacific coast.

Managua also has two natural lagoons such as the Xiloa Lagoon and the Tiscapa Lagoon,

As well as the volcano of Apoyeque, located in the Chiltepe Peninsula, inside Lake Managua and that is an authentic natural beauty.

Where you can have a few drinks, eat in restaurants or take a nice boat ride on the lake.

The City of Managua:

As any country capital has the maximum commercial and industrial power of Nicaragua, being at the same time the national administrative heart.

The earthquake of 1972 devasted Managua:

The distribution of Managua is formed spontaneously, since the earthquake of 1972 devastated great part of the city. This tragedy provoked the construction of houses without any structural order, thus making it a very peculiar city.

Since you can find humble houses in the middle of luxurious neighborhoods or between large constructions.Most of the houses are of a single plant and with very extensive patios where the managuas plant infinity of fruit trees to get the most out of their land.

Managua it's the greenest capital in America. 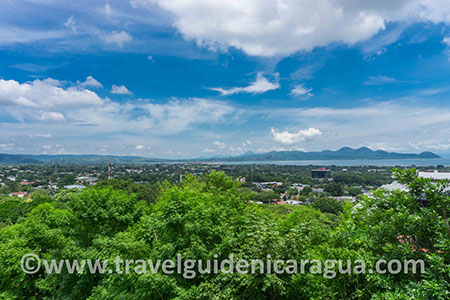 For something is the Central American capital with more wooded areas.Getting to any part of Managua can be a small adventure, since, Like in the rest of the country, the great majority of streets do not have name and not even numbering.

To locate a place, are used as reference monuments, well-known places and even traffic lights. Making location impossible for someone you do not know.

Even so, any taxi driver or inhabitant of Managua knows how to find a specific address just by asking.

As usual, it has the largest tourist offer in the country, in it you can find an innumerable number of Hotels, Restaurants, pubs, nightclubs, tour operators, rentacars, art galleries, theaters and even Casinos ... Everything is possible in Managua and you are always pleasantly surprised.

The Security of Managua:

It is a very treated and controversial subject among the visitors. Managua, like any city in the world, has its dangerous sites and is not recommended to go. But in the city hearth you will not have problems at any.

Nicaragua is the safest country in Central America, but the context of the area must be taken into account.

Therefore, feel safe in Nicaragua as long as you understand that you are in a country located near one of the most conflictive areas of the planet. In most places of the city you will be able to find yourself calmly and without any fear.

Another aspect to take into account in Managua is road safety. For foreign visitors it may surprise the way of driving little civic of many vehicles in the city .As well as seeing passers-by cross over on either side.

It is necessary to arm yourself with patience and drive defensively to avoid misfortune, as well as walking with a thousand eyes when crossing an important street of the city.

Things to do in Managua:

Due to its size, it has the largest cultural offer in the country, such as the National Museum, the Rubén Darío Theater, the Managua Cultural Center, the city's many private nature reserves, the national zoo with its excellent butterfly garden and various monuments. 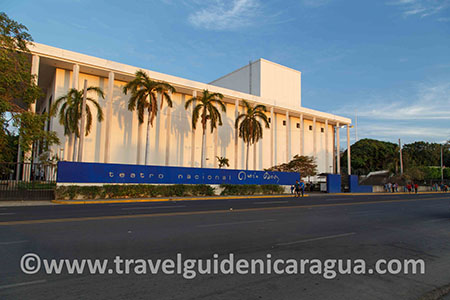 It is very pleasant to visit the viewpoint of the Tiscapa lagoon, located south of old Managua with its unmistakable huge metallic silhouette of Sandino.

As well as visiting one of the several markets of the city, highlighting the Eastern Market, the largest of all Central America, the Israel Lewittes Market or the Roberto Huembes Market among all. 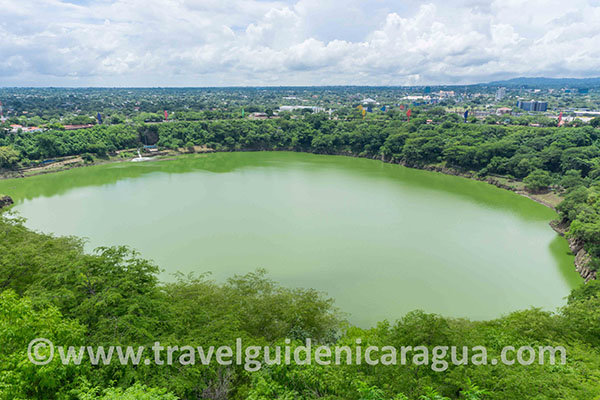 There is a wide range of tourist facilities, ranging from Casinos to Bars, excellent restaurants serving national and international cuisine, as well as music bars and cultural cafés.

HOW TO GET TO MANAGUA?

You can get there by plane from the Augusto C. Sandino International Airport, or by road. All the important roads of Nicaragua leave or go to Managua and it is signalized from any point of the country, with which it is very easy to arrive at the city from any of the cardinal points.

To locate you from any point of the city if you travel by public transport you will find useful the list of routes of managua and city sandino:map routes managua