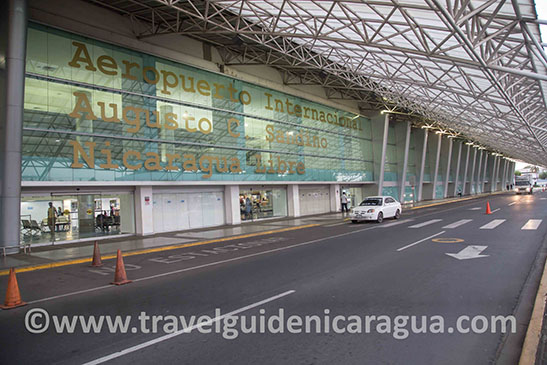 Managua Airport is located to the east of the center of the city of Managua, in the km 11 of the North Road.

The aerial terminal of Managua Airport was under the jurisdiction of the Ministry of War, Navy and Aviation. It is currently administered by the International Airport Administrator (EAAI).

How many flights are coming to Managua Airport?

It handles an average of 100 daily flights to the United States, Central America, Cuba, Venezuela, Mexico and also connections and domestic flights to the Atlantic Coast of Nicaragua.

Managua Airport was one of the few structures that survived the devastating earthquake of 1972 (of 6.2 magnitude in the open scale of Richter), this earthquake caused to be activated the fault of the Airport, that passes under the track and Of the building but in spite of that this did not collapse.

For the decade of the eighties the airport was designated the "International Airport Augusto César Sandino", in honor of the National Hero.

Up until 1995, the airport's refurbishment and remodeling work was reintroduced, incorporating modern elements for boarding passengers and also the construction of a space that now includes waiting rooms, shops, VIP lounge, elevator and escalator.

Already in the late nineties, the airport was only popularly known as the "Managua International Airport".

Nicaragua has the service of the small national airline called "La Costeña". Which also carries Charter flights and cargo transportation.

"La Costeña" carries out daily flights to the main Caribbean cities of the country, such as:

Nicaragua also has the service of the following international airlines:

North American airline that conducts a daily flights to Atlanta and connections.