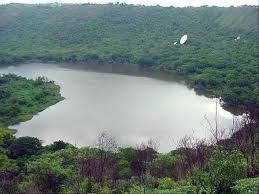 Nejapa Lagoon for the aborigines of the Nahuatl tribes meant "Laguna Cinderella". Located in the west sector of the city and in one of the highest points of it.

It has the same age as the Tiscapa Lagoon and is also formed in the crater of an extinct volcano, although drier and with less vegetation, it is considered that they were born from the same volcanic chain.

It is not as touristy exploited as its sister twin, although it can be reached by the entrance that has at the 7 km of the South highway.

Unfortunately, it seems that its waters are also contaminated and in the enclosure of the lagoon are only well-known telecommunications antennas, guarded 24 hours by armed guards that prevent the passage to strangers

HOW TO GET TO NEJAPA LAGOON?

From Managua center, going to South Road it's the entry of Nejapa Lagoon.