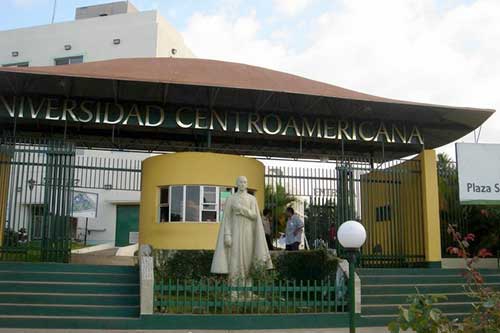 The Universidad Centroamericana (UCA) is the first private university created in Nicaragua and Central America, as a non-profit, autonomous, public service and Christian inspiration institution.

The UCA was founded in Managua, Nicaragua by the Society of Jesus on July 23, 1960, began with 350 students in the center of the capital and in 1965 moved.

Currently, UCA has more than 5,000 students and is located in Avenida Universitaria, in the city of Managua.

The UCA is part of the Association of Universities Entrusted to the Society of Jesus in Latin America (AUSJAL), made up of 14 countries in the region and integrated into the network of higher education institutions of the Jesuits in Europe, Asia and the United States.

Thus, the UCA has the privilege of having student exchanges in 82 Jesuit universities around the world.

At the UCA, they have the most professional and pedagogical academics, since UCA promotes teaching that focuses on learning processes and makes students active in their own educational process.

The UCA also favors spaces of experience, reflection and systematic evaluation, with a solid humanistic education. It implements active methodologies, from a socio-constructivist learning approach and propitiates the application of knowledge in problem solving.

The Education Model of the UCA has become one of the best in the country since it proposes the formation of ethical, competent, conscious people committed to the socioeconomic and cultural development of the country.

This model is inspired by Ignatian Spirituality and Pedagogy and the educational methods of the Society of Jesus, which characterize this alma mater.

The UCA is one of the main points of reference of the city since, in front of its facilities, there is a terminal of inter local and microbuses that go to certain departments of Nicaragua: Granada, Jinotepe, Masaya and Leon.