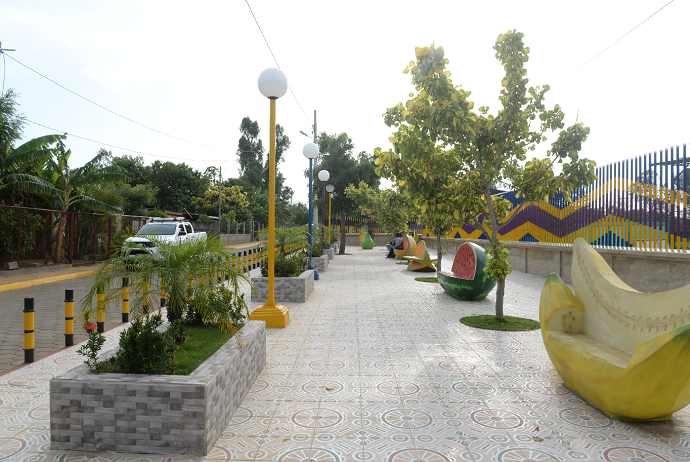 Known as "El Pueblo del Volcán", the city of Nindirí offers as its main tourist attraction an ecosystem of its own in the immensely spectacular Volcano Masaya National Park.

Nindirí is part of the so-called "White Villages" and in Chorotega means "height of the Cochinilla".

Nindirí is one of the oldest known villages in Central America. It was recorded in the history that in the arrival of the Spaniards to the zone, was governed by the cacique Tenderí. From this part of his legacy you can recover some of the history in the Tindero Archeological Museum of Nindirí, which has a collection of about 1500 works of pre-Columbian nature and is located one block from the central park, in front of the House of La Culture, at the entrance a symbolic price is paid.

In Nindirí Nicaragua there is another museum, the Ethnographic Museum Nacudari, where you can see samples of the pre-Columbian era, evidence of the traditions of the town and important compilations of tales and legends about the Masaya Volcano.

The church of Santa Ana, declared Historic Patrimony of Nicaragua, was constructed for the first time in 1529 and reformed in 1798 and is located in Central Park.

Nindirí has ​​for relatively recently, another tourist attraction, the Bajadero de Guadalupe. This one existed already and was used in the pre-Columbian era, when it consisted of a stone path in the walls of the surroundings of the lagoon that allowed to descend until this one. At one point of the path there is the so-called "Stone of Sacrifice". The site has now been renovated, building more than 200 steps that end in a lookout with spectacular views.

In the village you can also visit the handicrafts market, where, in addition to seeing the various local handicrafts, you can enjoy a typical Nicaraguan meal, the market is located next to the Nindirí Health Center.

However, Nindirí deserves half a day to know it quietly and is a good place to eat or sleep if you want to visit the Natural Park Volcano Masaya.

Nindirí celebrates its patronal celebrations in honor to Santiago Apostle and to Santa Ana, of the 15 of July to the 2 of August.

HOW TO GET NINDIRÍ NICARAGUA?

Getting to Nindirí Nicaragua from Managua or the city of Masaya is very simple, as it is located at kilometer 26 of the road to Masaya and has several entrances to the village, all of which are properly signposted.

If you want to arrive by bus, it can be done from Masaya, Granada or Rivas or from Managua at the bus terminal of the UCA or from the Huembes market.