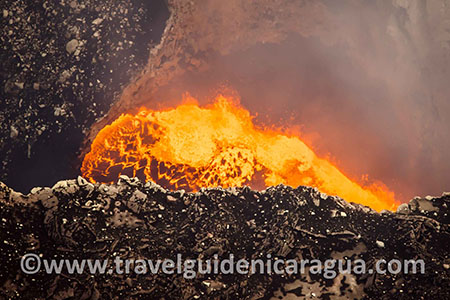 The Masaya Volcano is one of the main tourist attractions of the country. 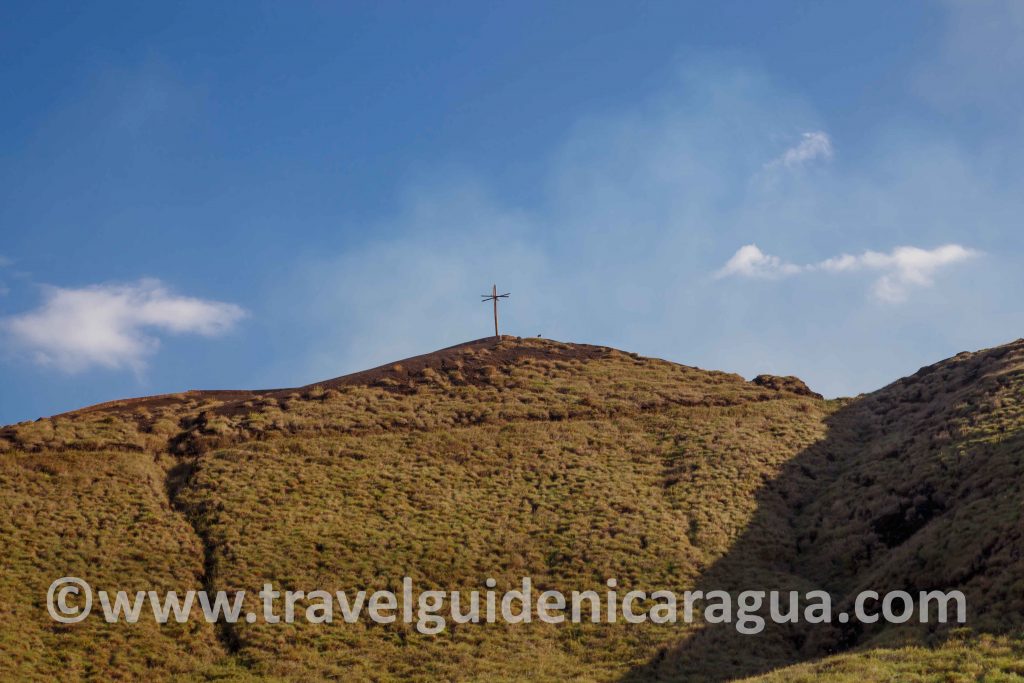 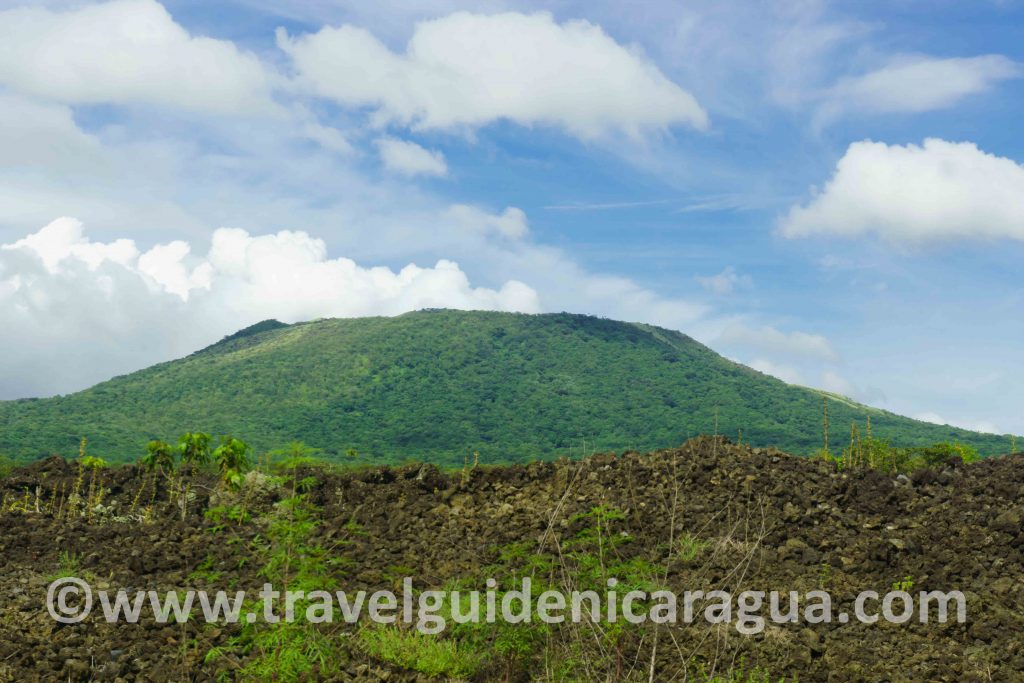 In 1979 the first Natural Park was created in the country, the Natural Park Volcano Masaya, located to 20 kilometers of the capital and of easy access until the top.

The Masaya Volcano Nature Reserve is formed by a chain of two volcanoes, the Masaya volcano and the Nindirí volcano, and five craters.

The Nindirí volcano has three, Santiago (active), San Pedro and Nindirí. Its last eruption was in the year 2003. The Masaya volcano has two inactive craters, San Fernando and San Juan.

The volcano Masaya is a relatively young volcano, rose a few thousand years ago on a large prehistoric plain, forming what we now know as the Masaya volcano.

At the moment it is very active and it is possible to see lava with the naked eye from its viewpoint. 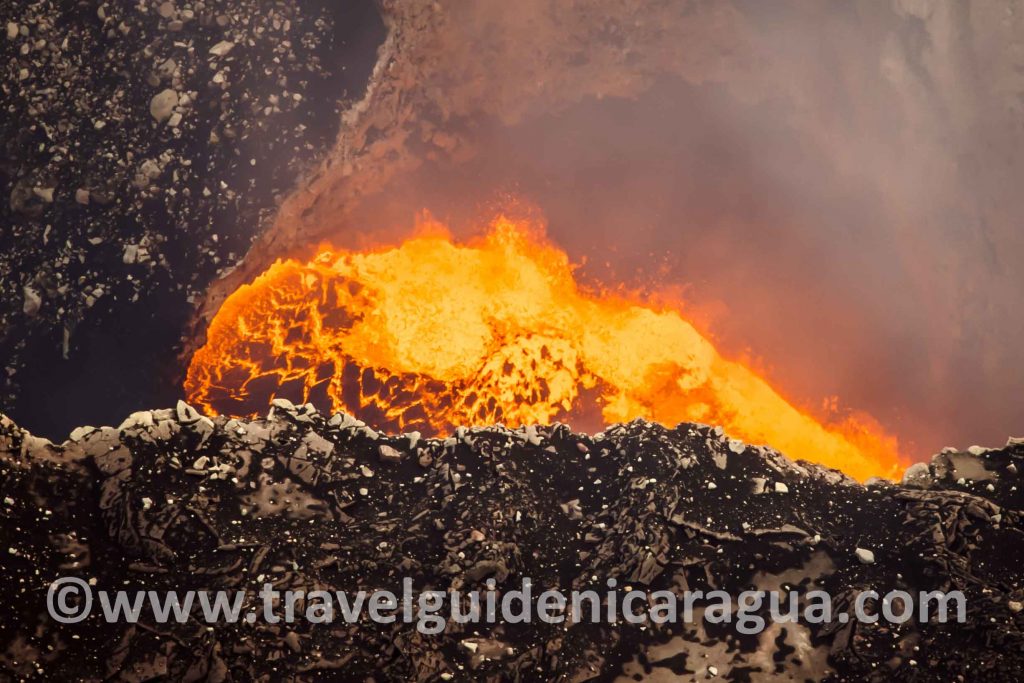 Flora and Fauna of Masaya Volcano

It is very curious that there are dated manuscripts of 1529 written by the chronicler Fernandez de Oviedo describing one of its eruptions in detail, which indicated that in the near future can erupt another eruption as we live today.

Most of the Masaya Volcano Natural Park is determined by the impact of the various eruptions of the last centuries. For nature is characterized by the volcanic soil and the few woods that grow in its surroundings.

The most interesting thing to do in the Park is, without a doubt, to visit the crater Santiago del Volcan Masaya from the shores.

In it, you can see the smoky bottom and lava that reminds us that we can not trust ourselves with the natural mole and refers us to the "mouth of hell", name with which the volcano Masaya was baptized by Spanish Catholics centuries ago.

You can visit it on your own or with a specialized tour guide. You can find a guide to visit the volcano masaya in the link. 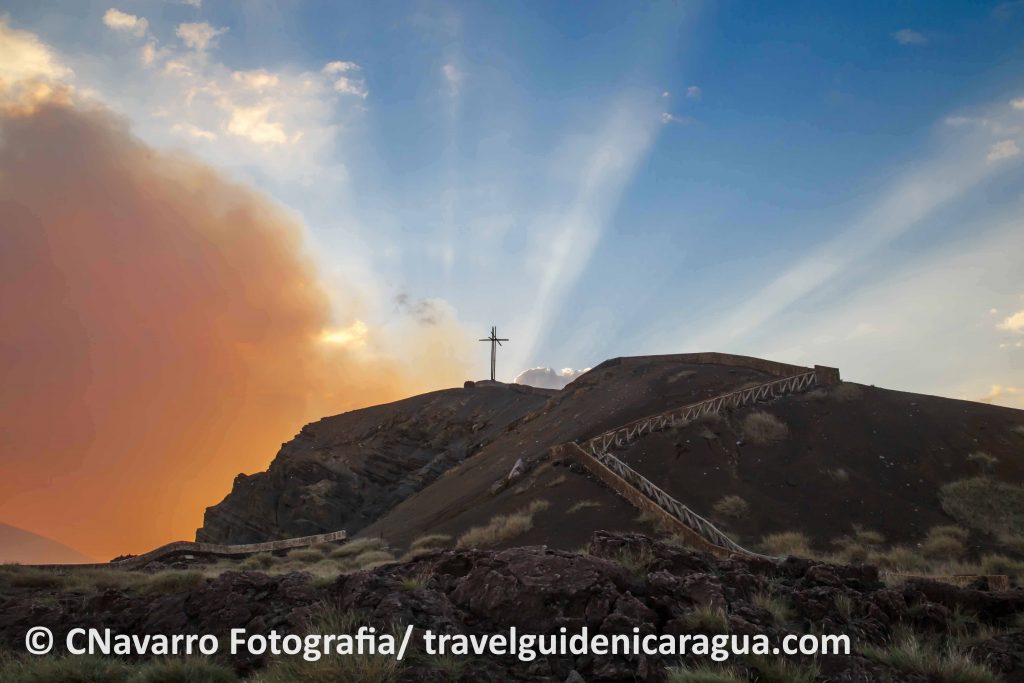 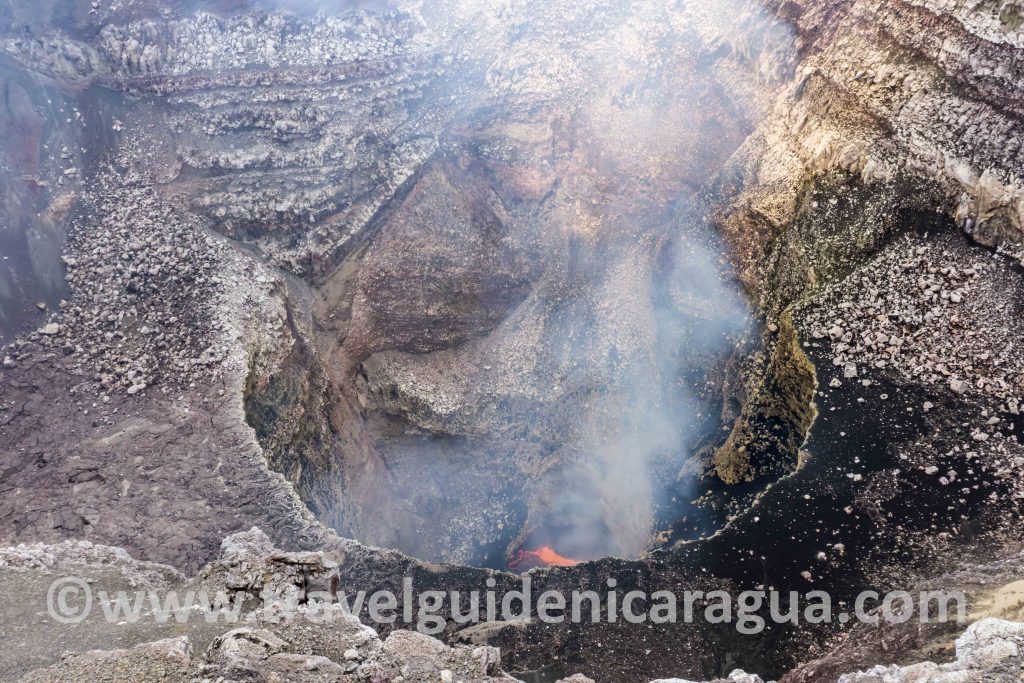 The Cross of Bohadilla, was placed in the year 1529 by the friar Fransisco of Bohadilla, in one of the hills bordering to the crater Santiago, which named like "Mouth of the Hell" since it believed that the demons inhabited in its interior.

Currently the cross we see is a reproduction of the original cross and the step towards it has been banned for reasons of security.

Another attraction of the Masaya Volcano Natural Park is the visit to the cave of Tzinaconostoc (means bat cave), where you can enter with the accompaniment of a local guide and know an authentic cave, home to hundreds of bats.

All the tours have a symbolic price to pay at the entrance of the park, from where you will be accompanied by a local guide.

The biggest attraction is the visit to the park at night and can be done with several tour operators by appointment and at good prices.

With the nocturnal visit, which usually happens a little before sunset, you can observe incredible natural phenomena: Seeing as they come out of their caves hundreds of bats is something that you will remember all life. As well as the arrival of the chocoyo parrots that inhabit the walls of the volcano.

Also the lava from the night is imposing and hypnotizes.

The views of the crater of the volcano from the cross of Bohadilla is another fabulous sight, as the red lava shows from the smoke. During the journey, the "tunnels" that formed during the last eruptions and which left curious shapes are also known.

Within the territory of the Park is the Visitor Center, where there is a permanent exhibition with models, graphics and photographs related to the volcano, its history, its fauna and flora and its mysteries.

Masaya Lagoon is inside the Park and has an extension of six thousand meters long by three thousand wide. Its waters are contaminated but in spite of not being suitable for bathing, it does not stop having its attractive landscape. In addition it is surrounded by legends and mysteries on apparitions of extraordinary beings, like enchanted serpent.

The entrance to the Park has a cost of 30C$ for residents and national and 100C$ for foreigners.

It is possible to contact the transport services at the entrance of the Park to get to the top, for a cost of 50C$ per person

The Park is open to the public from Monday to Sunday from 9:00 a.m. at 5:00 pm. Later, the Night Tour must be contracted.

It is possible to contract the transport services at the entrance of the Park to reach the top, for a cost of 50C $ per person.

In 2016, after the last great eruption, the explorer Sam Cossman and the National Geographic team were for a long time in Masaya Volcano to make several studies and videos as shocking as this one that we show you below:

HOW TO GET MASAYA VOLCANO?

On the road from Managua to Masaya, at the height of km 23 is the detour towards the entrance of the Natural Park Volcano Masaya. You can reach from Nindirí By taxi or on buses that go to Masaya, Granada, Rivas, etc. From Managua.