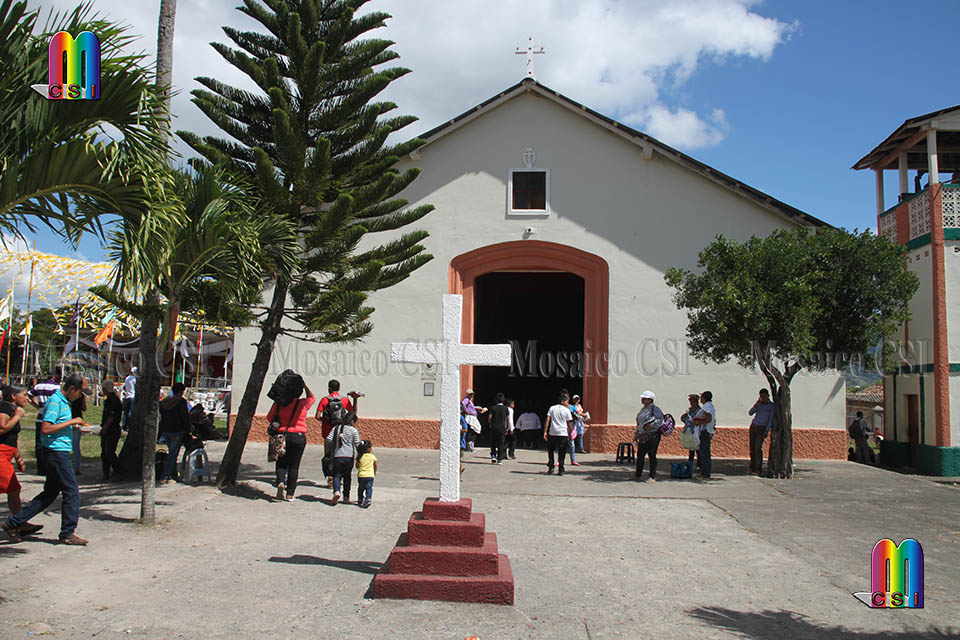 Esquipulas is marked by religion and nature.

Between the 14th and 15th of January each year, since 1854, the already known "Pilgrimage to the Lord of Esquipulas" takes place.

Up to 20,000 people from all over the country and from outside the national borders have gathered in the Shrine.

According to history, the settlers found the image of a Black Christ in the place where they wanted to build a church at the time of the Spanish Conquest.

This image is hidden by the Black Christ or the Lord of Esquipulas.

The Cerro Cumaica-Cerro Alegre Natural Reserve, declared a protected area in 1991, has an area of 9,000 hectares,

and a part of its territory is located in the municipality of Esquipulas (it extends through the municipalities of San José de los Remates and Santa Lucía, in the department of Boaco).

If you love hiking and mountain walks, here you can enjoy different routes through the reserve.

A tourist point is the well-known "Peña Luna", an outstanding rock formation of the landscape, only 8 kilometers from the town, in the region of La Luna,

from where you can enjoy spectacular panoramic views.

In the reserve there is a great variety of fauna and flora, including the danto, puma, jaguar and white-faced monkey.

Protected bird species such as the hummingbird hummingbird, toucan pico iris and cenzontle live in the area.

Near the town centre you can visit the petroglyphs of Cumaica.

In the community of La Pita, just 4 kilometres to the southwest of the town centre, there are about 19 stones with petroglyphs in a perimeter of about 200 metres.

If during the excursion you feel like taking a bath, you can do it in one of the two lagoons that exist,

The Las Piedras Lagoon and the Sebadilla Lagoon.

You can also visit Salto el Limón, an important and little-known attraction.

Three consecutive waterfalls that invite us to swim in the middle of an incomparable natural environment.

Going to get to know Salto del Limón is an excursion for adventurers that at the end of the tour will obtain an invaluable reward to be able to observe a piece of paradise hidden in the middle of nature.

Another option is a refreshing bath in the Kaulapa pools.

In the area you can visit the different agro-ecological farms and do activities such as hiking and guided tours, milking cows or horseback riding.

HOW TO GET TO ESQUIPULAS:

If you travel by public transport, you can take a bus from the bus terminal of the Mayoreo de Managua, or from the bus station of Matagalpa. From both cities there are buses that will take you to Esquipulas.