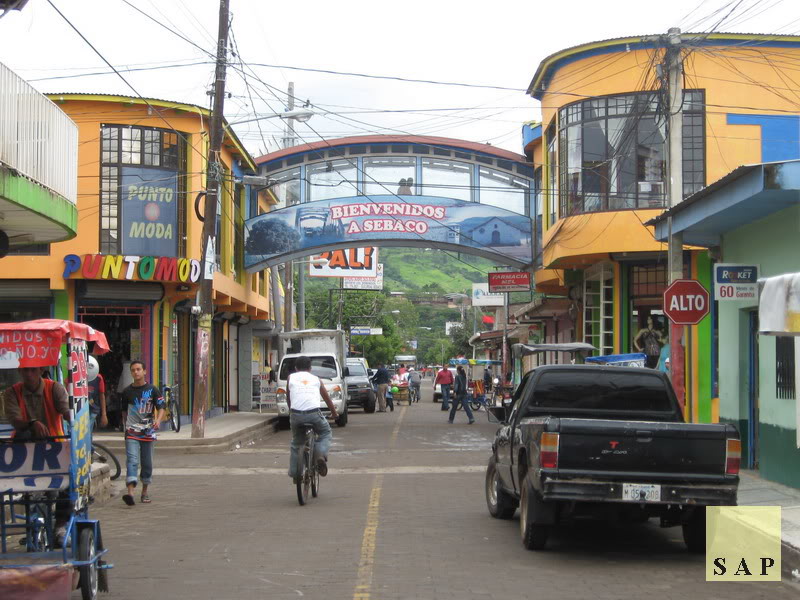 Sébaco Nicaragua is the second most important town in the department.

Founded in 1538, its name comes from the Nahuatl language and means "serpentine woman", goddess of fertility and agriculture.

It is the largest city in the agricultural valley bearing the same name.

It owns the country's most fertile lands.

Traditional site of commerce for being the point of union between the productive zones and the access to the merchants of the country.

Sébaco has an important market, where it is worth visiting and stocking up on the products we may need during the trip.

As we approach the city of Sébaco from Managua, permanently flooded rice fields accompany us on each side of the road.

Sébaco is the main rice producer in the country.

When we crossed the populated area we left the custody of rice fields to let ourselves be seized by the smells and colors of the multiple informal stands selling vegetables and fruits.

Without a doubt, it is an obligatory stop to take pictures full of life of Nicaragua's day-to-day life.

In the center of the city we find the Church of the Immaculate Conception built in 1529 and declared Historical Monument in 1996. There are several pieces that it houses in its interior of great historical, religious and artistic value.

In recent years the tourist exploitation of the Majadita River has been developing, where you can practice, apart from swimming, fishing and kayaking.

In Sébaco there are good restaurants and a few places to sleep, if we are traveling and we meet at lunchtime, it is a good idea to eat there.

If we want to know a little more about its history, we must visit the Pre-Columbian Museum of Chagüitillo.

Inaugurated on February 19,2009, for a symbolic price, the museum offers us to know several objects of great archaeological interest that were used by the natives before the arrival of the Spanish colonizers.

In the three halls we can get closer to the life of the region in the pre-Columbian era through its ceramic pieces, paintings and reproductions of petroglyphs found in the area.

If we want to continue entering the life of the first settlers of the region, we can visit the indigenous church of Chagüitillo, as well as its indigenous cemetery.

There are two sanctuaries where we find petroglyphs, statues carved in stone, engravings and paintings on the stones.

The Museum offers the possibility of guided tours at very affordable prices.

According to studies carried out, petroglyphs date from 300 years before Christ to 1300 years after Christ.

It has also been determined through paintings and engravings that human sacrifices were carried out in the various shrines.

Sébaco's patron saint festivities are celebrated on 24 July in honour of Santiago Apóstol.

Telephones of interest in sebáco

HOW TO GET TO SEBÁCO NICARAGUA?

Located 103 km north of Managua, Sébaco is on the Pan-American Highway. To get there by bus from the capital, you can take any of the buses that go to the northern cities and leave from El Mayoreo station.