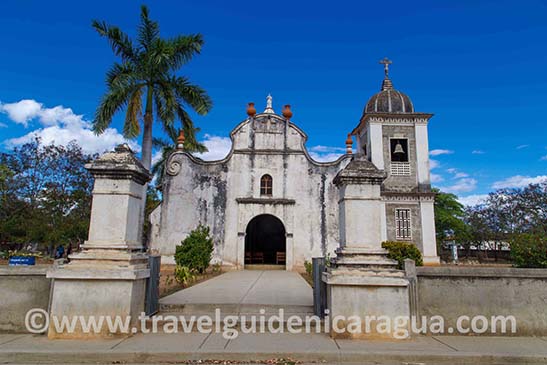 The Las Manos border crossing point is only 11 kilometres from the municipality.

One of the best known attractions at national and international level in this municipality is the Sanctuary of La Virgen de Piedra.

The image of the Virgin of Guadalupe was placed in 1946 at the top of the basalt rocks and decreed as a sanctuary by the Catholic Church in 1996.

The waters that flow from the spring slide between the rocks until they reach the Dipilto River. These waters are considered by believers with miraculous properties capable of curing diseases.

Dipilto is crossed by a long river that varies the water flow depending on the season but is very peaceful to visit.

The current course of the river is not the same as the original, since after Hurricane Mitch completely changed, Dipilto was declared a catastrophic area after that event and even today you can still see the disasters it caused.

In the last few years, craftsmanship has been consolidated with pinewood, thanks to the creation of a women's cooperative called "Manos Mágicas", located in Dipilto Viejo.

These women make a great variety of objects, from baskets to fruit orchards, as well as earrings or jewelers, from the raw material offered by nature and so abundant in the territory.

The coffee produced in the area of Dipilto has obtained national and international recognition for its quality, aroma and flavor.

One of these awards is The Cup of Excellence. In a good coffee harvest season, up to 55,000 quintals of golden coffee beans can be produced.

The Coffee Tasting Centre of the Cooperative UCAFE is located in the town centre. The members of this cooperative produce coffee in an agro-ecological way.

The Tasting Center allows producers to know and guarantee the quality of the coffee they produce, as well as the opportunity for visitors to learn about the entire coffee production process directly from the producers.

In the Cerro de la Coquimba, with a height of 1,458 meters high, located in the Natural Reserve Cordillera Dipilto and Jalapa, are the old gold mines, which were exploited since the time of the Spanish colonization.

Currently, visitors are offered the possibility of making some of the two guided trails established to know the mines walking between pines and coffee plantations to the top of the hill to enjoy its spectacular views.

Inside the same Natural Reserve Cordillera Dipilto and Jalapa, is the highest mountain in the country, Cerro Mogotón, with its 2,107 meters high.

In addition to several other hills that exceed 1,700m. Surrounded by lush vegetation, it is a spectacle to stroll around, mostly formed by pine and oak forests.

The patron saint festivities are celebrated on 2 February in honour of La Virgen de la Candelaria.

Phone numbers of interest in Dipilto:

If you travel by private transport from the City of Ocotal you must take the road that goes to the border zone Las Manos.

If you travel by public transport, you must take a bus to the border zone Las Manos.