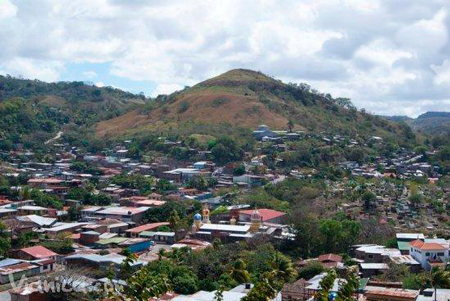 Boaco is the department of the center of the country where livestock and agricultural culture predominates.

In it you will not find beautiful beaches or monumental attractions.

In the central region what can be known is the so-called "authentic Nicaragua".

Where you can see up close the interesting environment and the culture of the people of the cattle ranches.

If you visit the area, you can also see the municipalities of Camoapa, San Jose de los Remates, San Lorenzo, Santa Lucia and the beautiful city of Juigalpa.

The savage invasion of Zambos, Caribs and mosquitoes, encouraged by the English, on December 22, 1749 for a robbery and extermination in Boaco.

It was totally destroyed. Those who were saved from that brutal carnage, determined the definitive abandonment of the village and

Walking several leagues to the west, made stop near the Malacatoya River, founding the new town of Boaco, known today as Boaquito.

"He has for Patron and Holder Santiago. His situation is on a level capable, but troubled of stones, marshes and spiders."

The low ground and the attack of the disease of the cholera arranged to change of place, establishing definitively where it is today.

It is not known the probable date of the transfer of the town, from its temporary seat in Boaquito to the place that today occupies the city of Boaco.

There is no doubt, however, about the fact that such a transfer should have been made in the twenty years since 1752,

According to the accounts of the pastoral visit:

The department received in its present seat, the visit of the Bishop Don Lorenzo de Tristán, turned into a population of significance for the time.

HOW TO GET TO BOACO?

To do this you must take the North road and turn right at the junction of San Benito, at km 35 of the North road. Entering the road to the Rama.

At km 74 of it, you will find the junction of Boaco, where you must turn left-it is properly signposted.

To get by bus from the capital you must go to the bus terminal of El Mayoreo, where buses depart daily to the department.