The National symbols of Nicaragua

It is necessary to mention that the national symbols have demanded a special respect for the citizens of a country, since they are part of its sovereignty.

What are the national symbols of Nicaragua? 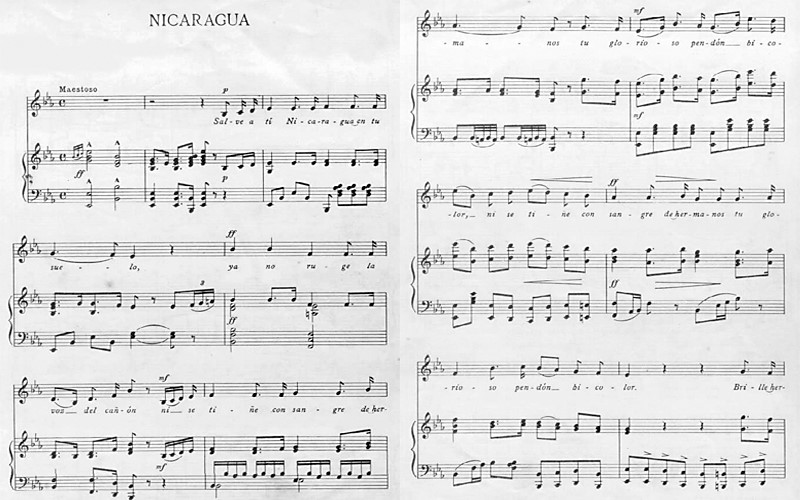 Nicaragua's anthem is the shortest in America and the only one that is not inspired by the "Marseillaise" and does not proclaim war. His music is of religious origin, attributed to a friar: Anselmo or Ernesto Castinove; his lyrics, original from Solomon Ibarra Mayorga (1887-1885). It was first sung on December 16,1918, but was officially adopted in 1938.

​
"Hail you, Nicaragua! On your floor
the voice of the cannon no longer roars,
nor is it stained with the blood of brothers
your glorious two-tone banner.

May the peace of your heaven shine beautifully,
tarnish your immortal glory,
that work is your worthy laurel
and honor is your triumphant teaching."

The national flag of Nicaragua has three horizontal stripes, the upper and lower stripes are blue and represent the two oceans that surround Nicaragua, the center strip is white and represents the purity of the nation and its territory. The national coat of arms is located in the centre of the white strip. 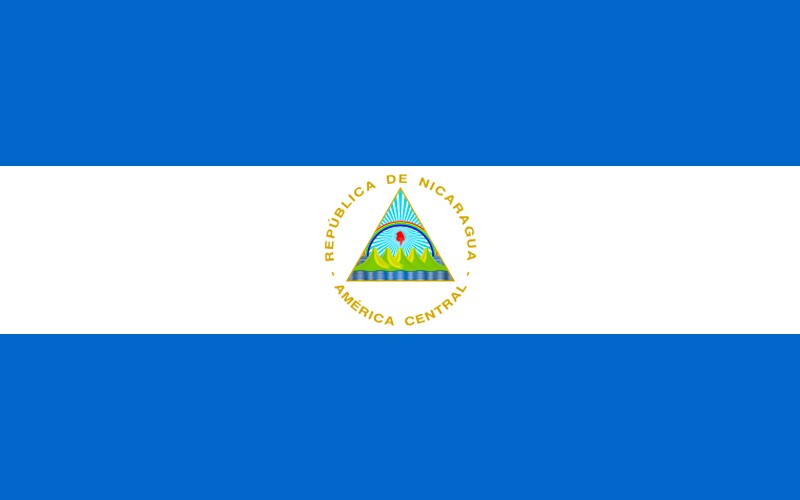 The Nicaraguan coat of arms is formed externally by the words "REPUBLICA DE NICARAGUA" at the top and "AMERICA CENTRAL" at the bottom, placed in a circular manner.

These palabs are surrounding an equilateral triangle which means equality. Within the triangle there is a rainbow which means peace, a Phrygian cap which represents freedom and five volcanoes representing the countries of Central America and their bond of union and fraternity.

National bird of Nicaragua
Nicaragua's national bird or Nicaraguan national bird is the "Guarda barranco". This bird is very easy to recognize thanks to its long ornamental pumas in its tail, these feathers are blue and at the end of them are black.

Their common name is due to the fact that these birds nest by digging holes in the earth of the ravines or cliffs, feed mainly on insects and their scientific name is: Eumomota superciliosa.

Its flowers are the traditional decoration of the altars of the purest in Nicaragua. Its wood has been used as firewood because of its high caloric yield and the aroma that emanates when burned.

National flower of Nicaragua
Sacuanjoche flower is Nicaragua's national flower, has an intense fragrance, was declared National Flower in 1971, this wonder of our fields, parks and gardens -with a wide variety in Central America, the Caribbean and Asia- was highly regarded since the time of our ancestors.

It is widely used to decorate marital unions and churches.