Talking about Nicaragua is undoubtedly about history, tradition, culture and good gastronomy. Nicaragua in our times is a country of peace where you can walk around without having to think about conflicts, wars or gangs. But the history of this beautiful country is marked by a series of decisive events in the history not only of the country itself but also in the history of Central America.

We will take a tour of Nicaragua's main historical events from its discovery and colonization to the independence of the republic and its first president.

This historical fact dates back to September 12,1502, when Christopher Columbus during his fourth and final voyage disembarked on the Caribbean coast of Nicaragua while sheltering from a storm. Later, he disembarked at the mouth of the river Grande de Matagalpa, which he called "Rio del Desastre" because in its strong currents he lost one of his ships.

During the exploration of the country specifically in the coastal areas of the Pacific, Gil Gonzales Davila who was the first explorer of conquest that visited these areas had contact with a powerful indigenous chieftain named Nicarao, whose domains were baptized 9,017 people and collected 18,506 pesos of low gold.

There 12,607 more people were baptized, and a powerful chief named Diriangén came with a sumptuous procession to meet with the Spaniards, but a few days later, on April 171523, he returned to face them in combat. The expedition succeeded in defeating the Diriangén warriors, but had to retreat to the domains of Nicarao, where there was another confrontation with the indigenous people.

Both were founded by Francisco Hernández de Córdoba, sent by Pedro Arias de Avila, then governor of Castilla de Oro, in the current territory of Panama. In 1528, the Spanish Crown erected the Province of Nicaragua, and it was requested to establish whether the territory of the Brussels town (currently in Costa Rica), belonged to the Province of Nicaragua (the new circumscription), or whether it remained under the authority of Castile of Gold.

In the mid-sixteenth century the British established friendly relations with the mosquito nets, the latter were a mixture between the Indians who inhabited what is now the northern part of the honduras and the survivors of a slave ship that sank in the coast.

In 1774, Bluefields became the capital of Mosquitia, where the British set up a fly king to consolidate their dominion. The British retired in 1787 but Mosquitia continued to be ruled by the Mosquito kings, faithful to the British crown.

There are seven indigenous peoples in Nicaragua. According to the 2005 census, 8.6 per cent of the Nicaraguan population calls themselves indigenous or belonging to one of the two African-American groups (garifunas or criollos) living in the country.

Without the inclusion of Afro-American ethnicities in the estimate, which according to national statistics is 2,500 (Garifuna) and 43,000 (Creole), the percentage of indigenous groups in the Nicaraguan population is clearly lower, currently stands at approximately five percent.

The three most numerous indigenous peoples of Nicaragua are the Chorotegas, with more than 221,000 members, the Miskitos, with 150,000 members and the Matagalpas (also called Cacaoperas), with approximately. 98,000 members (ibid.). Like the majority of the indigenous population, these three villages are located mainly in the rural areas of Nicaragua, as are approx. 60% of African-American communities.

History of the first inhabitants of Nicaragua

The Nahuas or Nahuatl came from Mexico and spread throughout Nicaragua, except in Bluefields and traveled to Panama, so most of the indigenous words that are known are in Nahuatl, but they were not the only ones who populated Nicaragua at that time.

The Nahuatl In the Nahuatl culture believed that when a person died, Xolotl came who was the dog that helped pass the soul of the dead to the Apanoayán or world of the dead. Lake Managua or Xolotlan in Nahualt means: Lake consecrated to Xolotl.

When in 1502 the Spaniards passed by the Atlantic or Caribbean coast the coast was inhabited by 20 groups that spoke different languages, it is not known exactly when these peoples arrived in this land. Of these 20 villages, the Misquitos, the Sumos or Mayangnas and the Ramas remain; each one has its own language and customs.

The cacique nicarao was the most important Amerindian king of the niquiranos, his name is based on the word Nicaragua. The Nicaraguan chieftain was the most powerful monarch of the Pacific region.

One of the reasons he was famous was for the theological, philosophical dialogue he had with Spanish captain and explorer Gil Gonzales Davila.

Nicarao's domains extended throughout the area where it is now Guanacaste (Costa Rica) to the great lake of Nicaragua, covering the entire area of Rivas. Its main town was Nicaraocallí, which some researchers call Nequecheri and place near the current lake port of San Jorge in the Department of Rivas.

José Fruto Chamorro Pérez, was the first person to be appointed president of Nicaragua. He held office from April 30,1854 to March 12,1855.

Prior to this position, José Fruto Chamorro Pérez was a Nicaraguan politician and military man. He became one of the most relevant figures of the conservative or legitimistic party, which had its main strength in the city of Granada.

Undoubtedly one of the most important historical events in Nicaragua is its independence. The Republic of Nicaragua shares this event with the other countries of Central America. We have a whole article in which we talk about Nicaragua's independence.

Managua or Santiago de Managua which is its official name was originally populated by an indigenous community, this in the pre-Columbian era about 15,000 years ago. Archaeological remains of this are the Huellas de Acahualinca, which were accidentally discovered in the Acahualinca neighborhood, on the shores of Lake Managua.

Originally the purpose of Managua was to serve as a fishing village and the line we all know today was made in the master of 1810.

In 1856 Managua was occupied by the troops of the American filibuster William Walker, using as barracks the high mansion that was the residence of the parish priests.

The city was destroyed twice, in 1931 and 1972 by earthquakes and shaken by a strong earthquake in 1968. Events that were particularly harmful to the buildings located in the city center, made of adobe and taquezal, so that urban planners opted to build new streets and neighborhoods on the periphery of the old city.

From the arrival of the Spaniards in Nicaragua on May 9,1502, until independence on September 15,1821, the country was used as means of payment cocoa, Spanish coins and coins minted in minting houses established in different countries of America, such as Mexico, Peru, Argentina, Bolivia, Colombia and Guatemala.

After independence, currency circulation in Nicaragua was limited to coins issued by the Central American Republic and foreign currencies (American, English, Colombian, Bolivian and Peruvian) for which equivalences were established on the basis of the "peso" as a unit of account or reference. These coins circulated with obligatory obligation to be accepted in the trade with equivalents established by law. 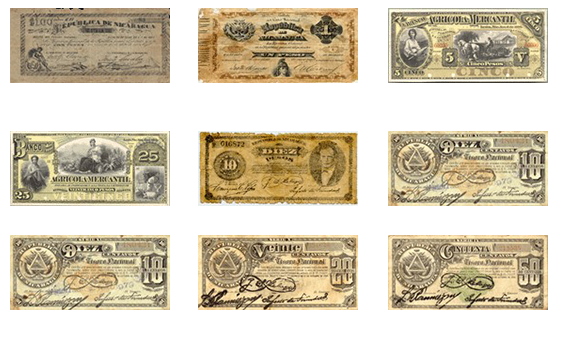 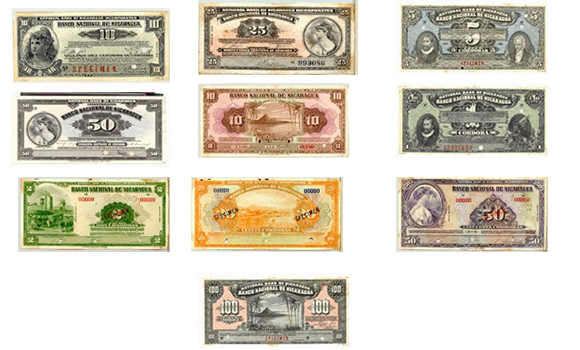 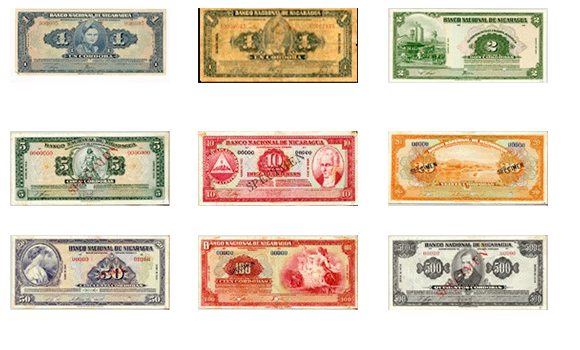 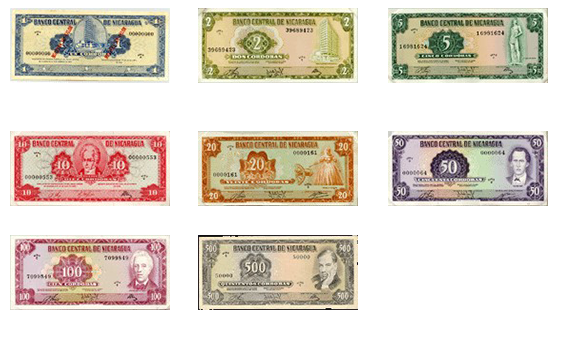 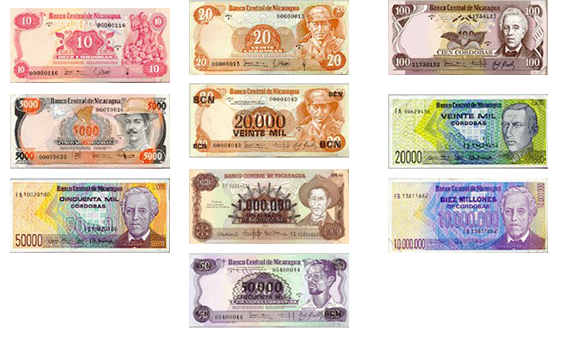 The Nicaraguan constitution is the structure that contains the laws of the country, besides declaring all the rights and duties of citizens so that through it an order can exist in the country.

If you want to see all the articles of the Nicaraguan political constitution in detail, you can see this link

Perhaps the best known national hero and historical figure in Nicaragua is Augusto Cesar Sandino, who was the leader of the Nicaraguan resistance against the U. S. occupation in Nicaragua.

He is a National Hero of Nicaragua and is called "General of Free Men". His ideals and teachings were taken up years later, in the founding of the Marxist-Leninist Leninist group Frente Sandinista de Liberación Nacional, FSLN.

At the age of 17, Sandino was his first intervention against U. S. troops in Nicaragua. The young Sandino was impressed with the image of General Benjamin Zeledon, whose corpse was carried in an ox cart by the Marinapa Infants to be buried in the town of Catarina.

History of the Nicaraguan flag

The Nicaraguan flag and the national coat of arms were created on September 5,1908 by legislative decree.  It is based on that which belonged to the United Provinces of Central America, which in turn was based on the flag of the United Provinces of Río de la Plata, present-day Argentina. The blue stripes symbolize justice, loyalty, fraternity, strength, courage, the sky, the color of the Xolotlán and Cocibolca lakes, the Caribbean Sea and the Pacific Ocean that bathe the shores of the Pacific Ocean.

Throughout history the Nicaraguan flag has undergone great changes, in the following chart we can see them from the flag of the united provinces of Central America to the current flag.

To speak of political democratization is to refer to processes that seek to cement the essential features of a democracy: the establishment and effective functioning of the rule of law, including independence and balance of powers and strict adherence to the law, full implementation of political freedoms and individual rights, full respect for rights and the resolution of social and economic problems, effective, conscious and informed citizen participation, equal access to justice for the population, respect for the particular rights of the country's ethnic groups and the strengthening of democratic institutions

In the case of Nicaragua, monitoring the characteristics of the political regime is indispensable considering that the process of building the adequate institutional framework for democracy has not been completed; rather, changes in the correlation of political forces have led to constant modifications to the rules of the game and the established procedures for political and economic decision-making.

During the last fifteen years, the Political Constitution of the Republic has been reformed, as well as fundamental laws such as the Electoral Law, and a new state model has been configured.

Certainly, within an authoritarian regime, certain democratic practices can exist in isolation.