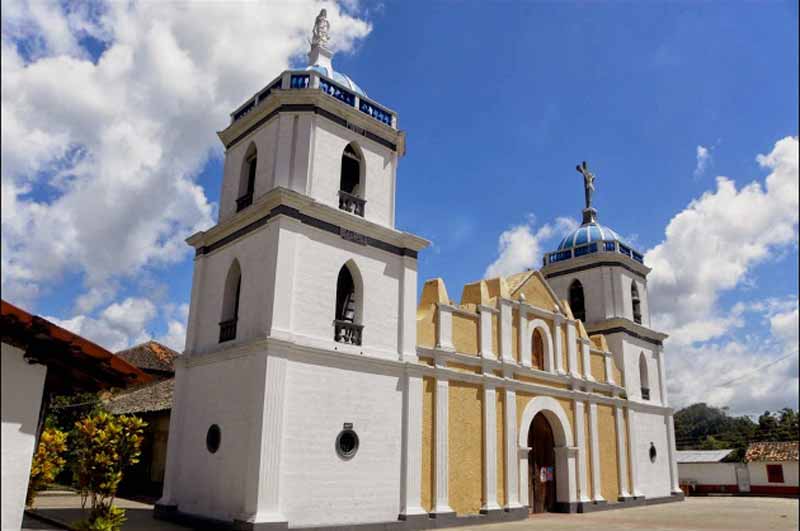 Ciudad Antigua has not had the same projection and tourism development as the other two cities.

Near the point where the Jícaro River converges with the Coco River.

The date of its foundation is not very clear, because there are several theories, some dating the foundation of "New City of Segovia" in the year 1524 by the captain Francisco Hernandez de Córdoba,

It was in 1611 that the first transfer of "Nueva Ciudad de Segovia" to the Arrayan Valley, known today as "Ciudad Antigua", took place.

In that territory inhabited the Indians Xicaques, in the neighborhoods to the Rio Jícaro.

There was a third and final transfer to San José de las Tejas and the "New Reduction of Segovia was founded in 1789 due to the continuous attacks of pirates.

From 1926 this happened to be called Ocotal.

Ciudad antigua was the Capital of North of Nicaragua

Ciudad Antigua was capital of the North zone of Nicaragua during several years, being a prosperous commercial city from where the surroundings were administered.

In 1654 it was attacked by one of the most famous English pirates of the time, the famous Henry Morgan.

In the park is a reproduction of a pirate ship as historical memory of one of the episodes that lived in this municipality.

Currently the city lives mainly from agriculture and livestock. Being the cultivation of corn and beans, along with coffee, the majority of the region.

Most Ciudad Antigua houses retain their colonial style, adobe walls with tile roofs and spacious corridors where to sit for the afternoon.

Traveling to Ciudad Antigua is like making a trip in the past.

The Lord of Miracles Church in Ciudad Antigua

One of its attractions is its church, one of the oldest in the country.

The Church of the Lord of Miracles, located in front of the municipal park, was built in the middle of the 17th century.

It still preserves part of its original structure and although it has recently been remodeled it still retains its simple and austere air.

The building survived several incursions and assaults of the pirates, you can still see samples of these attacks on the burns found in the sacristy pine doors made in 1688.

Inside is the image of the Lord of Miracles, a statue of the Black Christ, carved in Spain and brought to the temple in 1665 as a gift from the wife of King Philip IV, Marian of Austria.

On January 20, they celebrate their patron saint festivities in honor of the Lord of Miracles, a religious activity that is attended by believers from all over the country and even from other countries outside our borders.

The Segovian Museum of Ciudad Antigua is inside the church and offers visitors the possibility of observing more than 100 authentic historical jewels, some religious and some artistic.

Old religious cassocks and ornaments of the XVII century, bibles in Latin, records of the different sacraments officiated in the church. Also in the museum is the baptismal font that was broken by pirate Henry Morgan during his attack on the city.

Testimony of this episode of the municipality is the plaque where it is written: "Here was Nueva Segovia, destroyed by the pirate Henry Morgan in 1654"

Pre-Columbian past of Ciudad Antigua

There are exposed archaeological vestiges of pre-Columbian times as well as objects used in homes in colonial times, such as plates.

Another jewel half forgotten and in bad condition is a trunk used by the Spanish to transport the gold they took from the numerous mines that existed in the municipality.

In the municipality it is still possible to find the ruins of the old convent of San Francisco of the Mercedarian friars.

How to get Ciudad Antigua:

You can also arrive by bus from Ocotal or Estelí, also from Managua buses leave from the Mayoreo that arrive until Jalapa and pass through the town