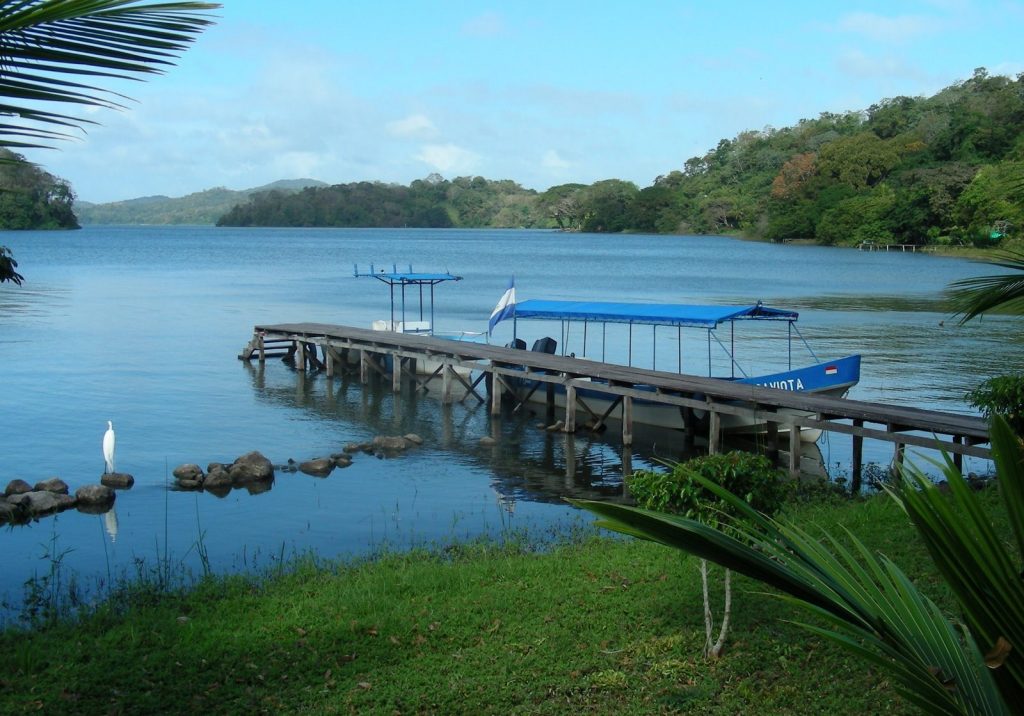 History of the Solentiname archipelago

Solentiname, which in Nahuatl means "place of many guests" or "place of lodging",

Is an archipelago of 36 islands located in the south east of Lake Cocibolca, 20 kilometers from San Carlos.

It was declared a National Monument due to its great cultural, historical and natural wealth.

It is also part of the Río San Juan Biosphere Reserve.

In its waters live freshwater sharks

Solentiname preserves innumerable samples of its precolumbian past, like petroglyphs.

One of the most outstanding archaeological sites is the Cave of the Duende or "Cave of the white bat" located in the Island the Deer.

Inside the cave there are 161 engravings on the walls depicting figures of animals and humans.

According to studies carried out, it is believed that Solentiname was a sacred place where water and dead cults and rituals were performed.

On Elvis Chavarría Island there is The Solentiname Archipelago Museum, Las Musas.

The museum offers information about the fauna and flora of the archipelago, as well as its archeology and on the back presents a botanical garden.

Solentiname is the cradle of one of the most outstanding artistic representations of Nicaragua, as is the primitivist painting.

The writer, poet and priest Ernesto Cardenal has been one of the promoters and disseminators of the art that is elaborated in the municipality.

Over the years, a large number of artists, writers and poets have found a great source of inspiration in the tranquility and scenic beauty of the archipelago.

To get a closer look at samples of this handicraft you can visit the Cooperativa Casa Taller.

From the trips made by the Argentine writer Julio Cortázar, a book was published that compiles his experiences, "Cortázar en Solentiname".

HOW TO GET TO SOLENTINAME

To get to the Solentiname archipelago you can take a boat in San Carlos every Tuesday and Friday.

From Granada you can take one of the boats that go to San Carlos that leave on Mondays and Thursdays.