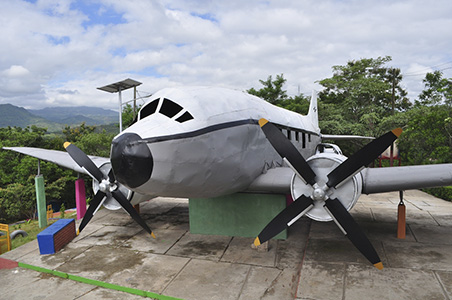 Condega is a prominent commercial area and is the second most important city in the department of Estelí. It is located to 185 kilometers of the capital, Managua, and to 36kilómetros of the departmental head, city of Estelí.

What does Condega mean?

Condega means in Nahuatl language "land of potters" and was declared a city in 1962.

Condega is marked by several episodes of the history of our country, there are in its territory many places with archaeological remains, places of review of the time of General Sandino and evidence of the Sandinista revolution. In addition Condega offers an added wealth in its crafts, wood and ceramics. In its territory is an ecological park and part of the Natural Reserve Miraflor-Moropotente, with plantations of organic coffee and tobacco and rural communities, where it is possible to observe thousands of orchids. Condega offers both in its urban area and in several of its communities a variety of restaurants and dining rooms as well as lodging and rural accommodation, with careful attention and family treatment.

Condega was declared an archaeological municipality on May 18, 2006, in all its territory, urban and rural, many places have been found archaeological remains of the pre-Columbian era.

A good place to know more about the richness of the municipality, is the House of Culture "Conthecalty Municipal Archaeological Museum, located on the south side of the municipal park.

The Pre-Columbian Archaeological Museum was founded in 1986 and now has more than 325 pieces from the pre-Columbian period (ceramic, obsidian, lytic pieces, accessories such as plates and bracelets, funeral pots, and also fossil animal remains ). The oldest pieces are the funeral pots dating to about 800 years before Christ and the arsonists dating to about 300 years after Christ.

But in the Museum you can also learn about the history of the Sandinista Revolution, through its murals, and also about the traditions of the municipality.

The Mirador del Avión Park is another must see, located on the top of a hill in the western part of the city. In 1979 he was shot down by a group of guerrillas from the Sandinista National Liberation Army, a plane from the Air Force of Nicaragua (FAN), the remains of this plane were rebuilt and became a relevant historical and recreational point of the municipality. It has now been remodeled and better conditions have been created to enjoy the panoramic views that can be seen from its location. 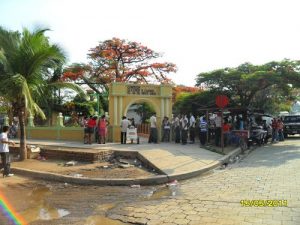 Condega stands out in the elaboration of crafts in wood, leather and ceramics. They are already known at national and international level the boxes-breaking wooden heads made in a workshop artisan in the urban helmet of Condega. Undoubtedly, if you look for a souvenir of Nicaragua or an object to carry as a gift, these wooden boxes with different shapes and motifs that are both a puzzle, are a very original option.

In the community of Ducuale Grande, a few kilometers from the town center, on the Pan-American highway in the direction of Somoto, are the famous pottery workshops. In this community, where several scenes of the film "The song of Carla" were recorded, several craft workshops are dedicated to the elaboration of ceramic pieces. Most of them are women who carry out this work, making a great diversity of pieces, from plates and cups or household utensils, to veneers and decorative elements.

One of the most pre Columbian archeological sites has been found in the community of San Diego, located a few kilometers from the municipality of Condega. In this community have been part of numerous pieces of pottery and jade, and even the foundations of a circular house.

The community of Rodeo del Bramadero, located on the dirt road to Yalí, was the scene of one of the most emblematic battles between General Augusto César Sandino and his army of free men against US Army troops. Finally the 27 of February of the year 1928 the troops of Sandino left victorious. In 2007 Sandino Park was built in this community, where a mosaic can be observed with the figure of General Sandino, and where there is a photographic exhibition that tells in images this historical episode of the community and the country.

In the territory of the municipality of Condega is a protected natural area, located to 22 kilometers of the urban helmet. In 1998 it was declared Ecological Park Municipal Galanta Canto, and its name comes from a legend that tells that in the Cerro Canta Gallo you could hear the song of a cock that nobody ever saw.

This park is managed by Laureano Flores Cooperative, made up of coffee producers and producers from the communities of San Jerónimo and Venecia. 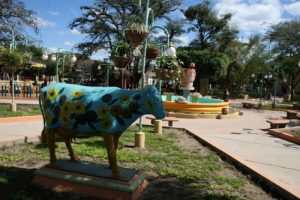 In Its farms are cultivated organic coffee of the Caturra, Bourbon and Arabian varieties, which has achieved recognition at national level and has managed to position itself in very good places in competitions of international level. Since 2004 began to develop tourism initiatives.

It offers visitors boat rides in the Venetian Lagoon, the possibility of staying in the hostel in the same community, which also has an auditorium.

There are also horseback riding in the park area where you can observe its richness in fauna and flora (great variety of orchids), as well as the possibility of walking along one of its 3 trails, with the help of its local guides: the " Of the Venetian Lagoon ", the" guerrilla trail "that requires resistance and good form, which lasts approximately 2 hours, and reaches the point where the troops of General Augusto Cesar Sandino were camped, or lastly you can choose the path Which leads us to the Cerro del Fraile passing through the virgin forests and coffee plantations and discovering spectacular views from its viewpoint.

Within the territory of Condega is part of the Miraflor-Moropotente Natural Reserve, which extends mainly in the territory of The City of Estelí also in the municipalities of San Sebastián de Yalí and La Concordia in the department of Jinotega.

Condega celebrates its patronal parties Is the 15th of May in honor of San Isidro.

HOW TO GET CONDEGA

If you are coming from Managua in your own vehicle, take direction to the north of the country, Estelí-Somoto-Ocotal. The municipality of Condega is at kilometer 184 on the Panamericana.

If you travel by public transport from Managua, you have to take a bus at the Mayoreo terminal that goes to Somoto, Ocotal, Quilalí or Jalapa. The trip expires a little more than two and a half hours and the ticket has a cost of 80 córdobas (about $ 3.00).

From the city of Estelí, in the "contran" north, you can take any of the buses that go to Yalí, Pueblo Nuevo, San Juan, Quilalí, Wililí, Ocotal, Jalapa or Somoto.