Quick Navigation
Tomabú Nature Reserve
Where is The Tomabu Nature Reserve located?
biodiversity
HOW TO GET TOMABÚ NATURE RESERVE:

Where is The Tomabu Nature Reserve located?

The Tomabu Nature Reserve is located at kilometer 137 of the Pan-American Highway in the community of Santa Cruz, southwest of the city of Estelí. It was declared a nature reserve in 1991 and has an area of 165 square kilometers, located in the municipality of Estelí and La Trinidad.

The word Tomabu is of Nahuatl origin and means "sun god". 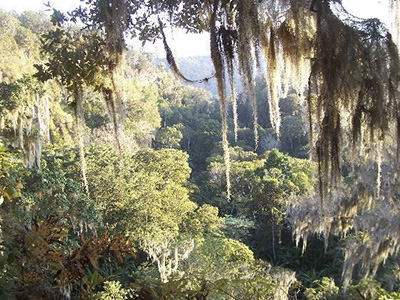 In the reserve we find a variety of 41 species of flora and inhabit 50 species of birds and 22 species of mammals. In the last decades the action of the man has had consequences grabes in the reserve, since many of the species that inhabited in her have disappeared, like the blindfold, the cuzuco or the foxes.

In the Tomabú Nature Reserve we can climb El Cerro Picaho and Cerro Las Cuevas, where from Peña Blanca, we can see a view that will leave us breathless.

HOW TO GET TOMABÚ NATURE RESERVE:

The entrance to the Reserve is located in the community of La Cruz, in the municipality of Estelí, at kilometer 137 of the Pan-American Highway. It is properly signposted.

If you travel by bus from the city of Estelí you must take any bus that goes to the south of the country and get off at the entrance of the reservation.