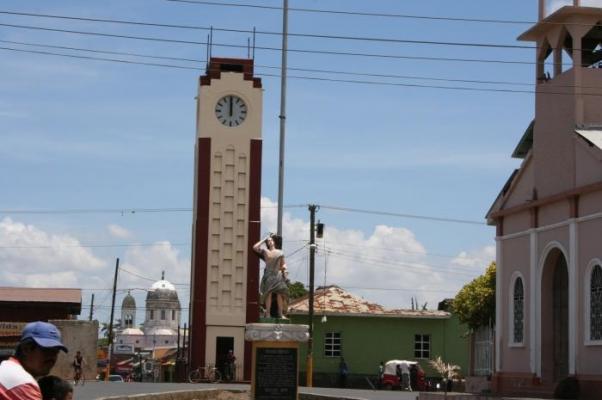 With the same size as the other "Twin Cities". Diriamba rises as the second city of Carazo and like its sister, is a city where in the surroundings predominates the coffee agriculture. Its name in Nahuatl means "Great hills" and, according to the legend, was founded by the own Cacique Diriangén, national hero.

The municipal center is located on a large plain and built in a perfect grid, with Central Park in the middle and a huge parish temple worth seeing.

It also has a strange tower-shaped monument with a huge clock at the top called Art Deco and was built in 1942, is a characteristic image of the city today.

If you like nature, we recommend you visit the Ecological Museum, a good point of information about the flora and fauna of the area and Nicaragua. the environmental measures that are being taken for its preservation.

If you want to go to the beach, the municipality of Diriamba has two, Playa Casares and Playa La Boquita, both located not far from the city center and well connected by bus, perfect for a good swim. Playa La Boquita being the most touristic of the two.

In the city there are several lodgings and hotels, as well as popular restaurants and kitchens. It is well located and connected to other sites in the area, making it a good point from where to move around to explore.

HOW TO GET DIRIAMBA?

It is easy to get to, because it is on the banks of the Pan-American Highway. From Managua take the south highway and continue until you reach Diriamba.

If you want to arrive by bus from Managua, you can take the ones from the Israel Lewittes Market or those that leave the stop located in front of the UCA. From the cities of Granada, Masaya, Rivas and Jinotepe also frequent buses to Diriamba.