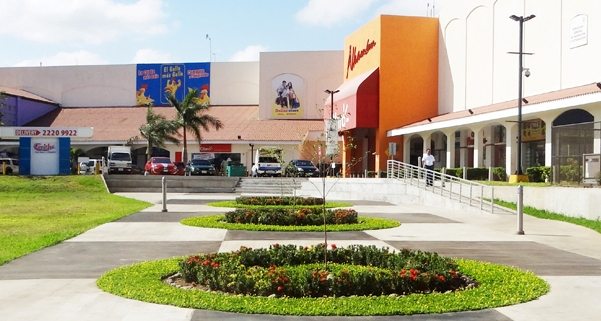 Multicentro Las Americas, commonly known as "Multicentro" is one of the Managua's newest shopping center, which opened on March 23, 2006.

It is located at the traffic lights of Villa Progreso 1c. To the West in Bello Horizonte, one of the busiest areas of Managua, with approximately 70,000 families living in its surroundings.

The shopping center consists of 159 shops on the first floor and 68 on the second floor, 19 restaurants in the food court, a Supermarket La Colonia and a cinema theater on the Alhambra line which has 6 rooms for 960 seats.

Multicentro is characterized by its usual fairs held in the center of the place, which attract people a lot making them spend a pleasant time and family.

This is one of the fastest growing centers and records impressive amounts of visits of almost 4 million people a year.

Multicentro Las Américas has its surroundings with the new Hex Hotel and Hex Convention Center.

This Hotel has 100 rooms distributed in five levels. And it is characterized by an attractive façade, modular construction and minimalist architecture. Hotel Hex offers practical services, excellent location and personalized attention.

On the outskirts of Multicentro Las Americas is a busy bus stop.