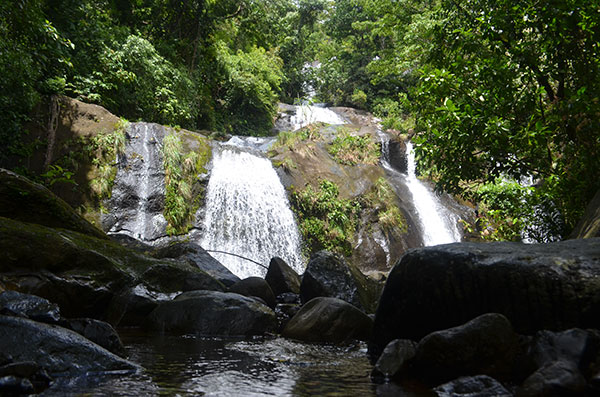 The Municipality of Río Blanco is located 248 kilometers from the capital, Managua.

It was declared a municipality in 1974. The first settlers of the region were indigenous juices.

Its main economic activity is agriculture focused on the production of basic grains, maize, beans and rice, as well as cocoa.

Río Blanco Nicaragua enjoys a rainy season that lasts 9 months, 3 months longer than in most parts of the country.

In this municipality we find the Cerro Musún Natural Reserve, without a doubt the biggest natural tourist attraction of the territory.

Musún means "Cerro de Agua" in juice, due to its 8 water sources that originate at the top of the hill and slide over the rocks, forming spectacular white waterfalls.

We found cloud forests, dwarf forests and humid forests in the reserve.

The highest parts of Cerro Musún are kept between mists giving it a mysterious air.

There is a great wealth of fauna in the territory, there are at least 51 species of mammals, including some species in danger of extinction, including the jaguar, puma and danto;

bird species, such as the red and green macaw and the quetzal. As far as flora is concerned, there are more than 165 species, including orchids.

The course of the river La Golondrina, a tributary of the Blanco River, invites us to enjoy its various waterfalls,

where three consecutive jumps fall on the rocks and where hundreds of swallows live, hence the name of the jump.

Within the Cerro Musún Natural Reserve, managed by an NGO, multiple activities can be carried out.

Guided tours of various difficulty levels are organized, accompanied by local guides trained and prepared to offer visitors an excursion that will reveal all the secrets of the Reserve.

The most difficult route is the ascent to Cerro Musún, which stretches for almost 7 hours.

The path of the Mojón takes two days and another route less dilated and difficult, is the trail of the jackets.

Horse rides are organized within the Reserve, as well as the possibility of staying in an installation located in the area where the park rangers' house is located or camping in tents in one of the marvelous spots that the reserve offers us.

The prices of the various services are very affordable, both for services and meals.

To get to the park rangers' house, you have to cover a distance of 3 kilometres in pretty bad condition from the road, so I recommend using 4-wheel drive vehicles.

HOW TO GET TO RIO BLANCO NICARAGUA:

It can be reached by two ways of access, coming from Boaco, taking the road that goes to Muy Muy-Matiguás-Rio Blanco-Siuna.

The trip from Boaco stretches more than 3 hours on a paved road in good condition.

The other access road is from Matagalpa, taking the road to San Ramon and from that point you can go to the road to Muy Muy or the road to Jobo,

where you will find the junction towards Matiguás-Río Blanco. These two options are on bad roads.

If you travel by public transport from Matagalpa, you must take a bus to Rio Blanco.