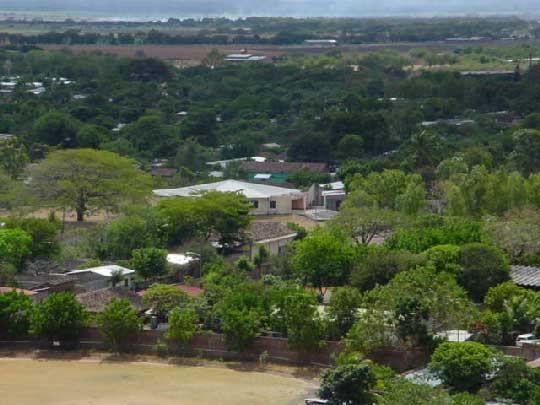 If there is one thing that characterizes this municipality is its rice production, next to and side of the Panamerican highway extend for kilometers the permanently flooded fields of this basic grain.

Once we enter the populated area and leave behind the rice fields, we are surprised by an explosion of bright colors from the numerous informal stalls selling handmade hammocks.

In recent years, we have seen a considerable increase in the number of hammocks offered in the Pan-American market,

styles and often at more comfortable prices than you can find in the craft market of the capital's markets or in some cities such as Masaya or León.

In the town centre we can visit the Historical Museum of San Isidro del Guayabal, where ceramics from the pre-Columbian period have been exhibited.

The patron saint festivities are celebrated in honour of its patron saint San Isidro Labrador every year from 15 May.

How to get to San Isidro

From Managua, take your own vehicle and head north towards Estelí-Somoto-Ocotal.

If you travel by public transport from Managua, you must take a bus from the El Mayoreo terminal to Estelí, Somoto, Ocotal or Jalapa and get off at the municipality of San Isidro.